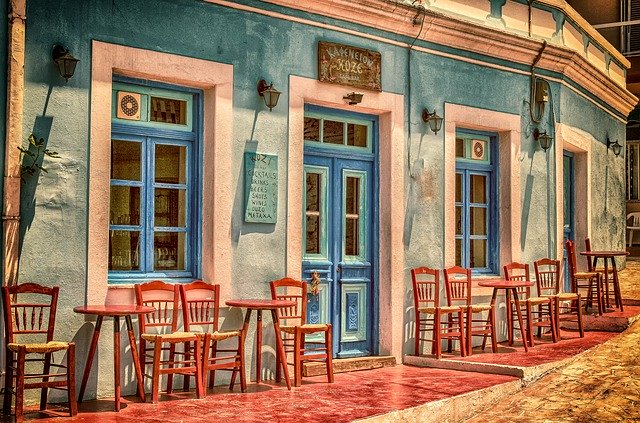 Greek culture is one of the oldest, so its inhabitants have many quite interesting traditions. In this article, we talk about the customs of the Greeks today, both the most modern and those that come from the past.

The Greek tradition of breaking dishes is one of the most striking. This is done in great celebrations such as weddings and birthdays, and is done to express joy. There are several theories of the origin of this custom. One of them is that formerly newlyweds broke dishes at the door of the house to scare away evil spirits. Another explains that breaking the plates made them believe that a violent scene was happening and therefore fled.

In addition to restaurants or the outdoors, sometimes the Greeks also break dishes in a house. To do this, the hosts acquire crockery dishes, a kind of clay. Also, a custom of the past was that when a marriage had to be separated for a time due to, for example, a trip, they broke a plate in half so that, in the reunion, they could recognize each other.

During the Christmas holidays, it is typical for children to go around the houses singing Christmas carols in exchange for some candy or money. They usually accompany their singing with small percussion instruments. Some beings that are said to arrive at Christmas are the Kalikántzaroi, some mischievous goblins who go down the chimneys of the houses and are scared of people until January 6, when they leave.

Although today many people choose to decorate the Christmas tree, the traditional thing in Greece is to decorate small ships in honor of St. Nicholas, who is the patron saint of sailors, since Greek culture is closely related to the sea.

On New Year’s Eve, people get used to playing cards. Also, in some areas of the country it is customary to break a grenade to attract good luck.

In the New Year the cake of San Basilio or vasilópita is consumed. Inside it a coin is hidden: whoever finds it will have good luck. It is San Basilio who, on this January 1, is responsible for bringing gifts to people.

Before the wedding, the groom waits for the bride at the church door. In this way, they enter together, holding hands and carrying white candles. At the ceremony, they are wearing crowns, because they are the kings of their family.

When the rings are exchanged, the couple has to do it three times in honor of the Holy Trinity. Likewise, the priest and the bride and groom take three turns around the table.

Once married, during the treat, family members and friends of the newlyweds eat together. A typical dance of this celebration is the hasapiko, in which the dancers are caught by the shoulders.

The bride usually keeps a little sugar from the one taken during the banquet, since this way she makes sure that her new life as a couple will be sweet.

A funeral tradition that catches the attention of this era is to put coins in the eyes of the deceased. This was done because it was thought that when you died you had to cross a river and the only way was that Charon passed you with his boat. With the coins, the dead person could pay him to take him.

The vast majority of Greeks are Orthodox Christians. For them, an outstanding date is January 6, Epiphany Day, when they celebrate the baptism of Jesus. Likewise, for the Greeks the celebration of the saint is more important than the birthday.

As for superstitions, in rural areas they believe in curses. This is created by the envy of a person and produces discomfort. To prevent it, they wear an amulet: a blue eye. Likewise, when the Greeks hear bad news, they spit, because in this way they turn away the evil. This act is also usually done at weddings and baptisms to bless people.

For the Greeks it is important to share meals with family and friends, it is a social act that is carried out regularly. It is not common to leave food on the plate, as it is considered rude.

The diet of the Greeks is Mediterranean, so there are plenty of vegetables and vegetables, in addition to olive oil. The meat they consume the most is lamb. In addition, they also produce cheese.

Also, a part of its cuisine is also influenced by typical Turkish food, as they consume products such as dolmades.

The Greeks do not greet with the open palm, they consider it rude. To greet each other, they shake hands, except for friends and family, who give each other kisses or a hug. This society is quite hospitable. It is thought that this fact is due to the fact that in the past they thought that a stranger could be God, so they always treated him well.

The Carnival, known as Apocry, is an important celebration for the Greeks. It begins ten weeks before Orthodox Easter and lasts several days. The city with the biggest Carnival is Patras, where a big parade is held.

Also, in some populations they organise events that may seem strange. For example, in Galaxidi, the Alexropolemos or War of flour takes place, in which all the inhabitants throw flour in the street.