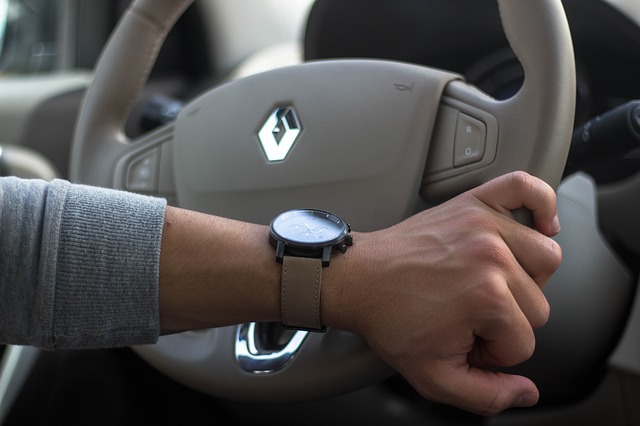 The Renault logo has some of the most striking details of this French brand, such as its important role in the First World War. Do not miss the history of Renault and the rhombus that presides the front of all its models.

Here at JB Prestige Euro Automotive Service we take pride in providing the best services for European cars in our area.

The beginning of this brand

Following the tradition of other French companies such as Peugeot or Citroën, the founder of today’s protagonist decided to impose his last name as his company’s name. Thus, was born in 1899 the company of Louis Renault. As you can see, Renault is also one of the few car brands with more than a century of life, although throughout all these decades it has changed several times, both for its corporate name and for its logo, and even for its owner.

The first years of the company’s life were, perhaps, the most enthusiastic. The reason is that the company was carried by the Renault brothers (Marcel, Louis and Fernand) and their sales and image were going well, in addition to their good cars, for the sporting successes achieved by their cars piloted by Marcel Renault himself. Unfortunately, Louis had to move on despite the blow that led to Marcel’s death in a career accident in the sadly famous Paris-Madrid of 1903, a sports event that was famous for the many fatal accidents that occurred.

We already know where the name of the company comes from, but why a rhombus to identify it? Renault is one of the brands that has had more logos throughout its history. Between 1900 and 1906, the logo was formed by a stamp with the initials of the names of the three brothers and two R intertwined at each end.

The first Renault models did not have a radiator on the front, but instead stuck to the firewall that separates the mechanics of the passengers. This made them not have a front grill. It would not be until 1925 when the first trace of the rhombus we know today was presented. It was a circular grid with the name of Renault in the center and the horizontal grid slats. It was only used in luxury models and the front had a spike shape that made the grid instead of circular seem rhomboid.

From 1930, the logo became present in all models of the brand, some of which were much more angular, and gradually the circumference was having more diamond shape, physiognomy that was already implanted from 1946 , when the company was nationalized after being arrested Louis Renault accused of collaborating with the Nazis during World War II.

In 1972 the Renault diamond already took the forms that we recognize today by losing the horizontal slats and the name of Renault, although it was stylized in successive updates in 1985, 1992 and 2012, the year in which the current design was presented.

Thus you have the origin of the current Renault logo, which was born as a circle that, as it was accommodating the pointed shapes of the front of the brand’s models, ended up becoming a diamond, a figure that is associated with the quality and hardness, two qualities that the company always wanted to emphasise.

One of the decisive battles of the First World War took place on the banks of the Marne River in September 1914. The German troops were prepared to take control of Paris and the allies (without a common and very disorganized command) advanced like chicken without head. The French high command made the decision to defend Paris at all costs and it was decided to mobilize all available troops in the French capital and transfer them to the front of the Marne.

To do so, all available taxis were requisitioned, most of which were Renault, like the one you can see in the heading of this section, which was the first car to have a device to measure the route and charge the customer based on of this one; Yes, the first taximeter.

The taxi drivers did not see with great eyes being forced to transport the troops and asked who would bear the cost of the race. Perhaps the patriotic feeling that was breathing through the streets of Paris with the kilometer-long queues of Renault taxis loaded with soldiers to the brim softened their hearts, because in the end none claimed to be paid the amount of the journey.

The troops contributed were not enough for Marne’s battle to end in a resounding success, but it was an important step. The German front was divided and more vulnerable and, after this battle, would completely change the military tactic. The fight and the fighting were abandoned face to face and the sadly known “trench warfare” was born.

It is ironic that Louis Renault was accused of collaborating in World War II after having been instrumental in containing the Germans during the First, both for their taxis and for the FT17 tanks.

The best known of the companies associated with Renault is likely to be Alpine, which is the one that has survived to this day and it seems that it now resurfaces with the imminent commercial launch of the new Alpine. However, there were many trainers who knew how to take advantage of Renault cars, such as Gordini, which would also be absorbed by Renault itself.

The one that is no longer well known to most is Matra, a French company whose full name is Mécanique Avion Traction and which had a car division that in the 1980s ended up collaborating so closely with Renault that it was practically phagocyted by it.

Indeed, the collaboration between Matra and Renault was decisive for the development of a revolutionary car, the Renault Espace, a minivan that surprised in 1984 for its futuristic shapes, its configurable interior and its fiberglass roof.

Matra Automobiles promised them very happy with their symbiotic relationship with Renault, who came to request the exclusive production of another car that seemed to have come to revolutionize the world of the car, the Renault Avantime. Taking as a starting point the Espace platform, in 2001 a car was presented the size of a family minivan and with its proportions, but with only two doors, a panoramic roof and an interior with almost space seats for its passengers.

What was born with the intention of being a sales success became one of the biggest blows of the European car industry and, with less than 9,000 units sold, the production of the Renault Avantime was stopped in 2003. This decision of Renault left Matra decomposed and without boyfriend.

Here at JB Prestige SAAB we pride ourselves in providing the best services for European cars in our area. If you think your brakes are not working well or you need assistance with any other kind of vehicle repair, do not hesitate to visit us and we will be happy to give you timely assistance at the best prices in the market.