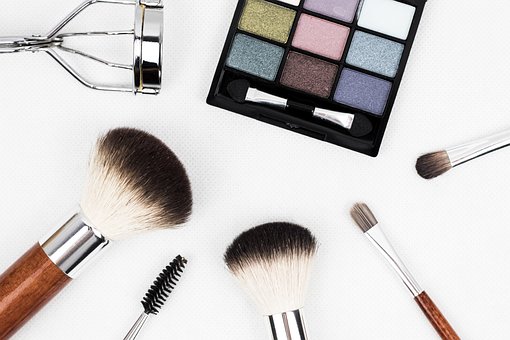 Even if you don’t believe it, it doesn’t have to refer to organic or organic products. We undo myths about vegan cosmetics.

If you are one of those who embrace all fashions of any kind – from gluten-free food, to HIIT, through parkour or fanny packs -, you may be about to join the vegan cosmetic stream. Well, if that is the case, you better know what we are talking about, because vegan cosmetics is not synonymous with organic, bio or organic.

Vegan products are those that have no ingredients or derivatives of animal origin in their composition. That said, the most normal thing is that a vegan cosmetic is natural and made from substances such as plants or minerals, but it could also be made of synthetic substances and would still be vegan if it meets the requirement of not carrying any animal ingredient in its formulation.

Come on, you just have to look at the label, although sometimes it is not so easy to know what is what. Ok, if it says that it has honey or milk, you have it clear, but do you know where the keratin that appears in the list of many products comes from, for example? Well, normally, from the skin, hooves or horns of animals. Seriously.

For that reason, the OCU has developed a list of ingredients of animal origin that will help you interpret the composition of cosmetics. So that those who have previously belonged to a living being with legs, wings or fins do not go unnoticed, and if you want to be consistent with your newly adopted vegan philosophy, identify some usual suspects in the carton of moisturizer, body lotion or shampoo and make sure where they come from: waxes (from bees), carmine or cochineal extract (it is a pigment that is obtained by crushing cochineal); lanolin and cholesterol (extracted from sheep’s wool), chondroitin sulphate (comes from cartilage of mammals or fish from the shark family), silk protein (made by worms), etc. Even hyaluronic acid can be of animal origin (there is also a synthetic version), so keep that in mind.

Here at Tigress Beauty you will find top vegan eyelashes that can complete your outfit perfectly and provide you with that doll-eyed look for any special occasions.

What is the difference between vegan and untested cosmetics in animals?

The beauty industry has been the subject of animal abuse due to the use of both rabbits and mice and monkeys to test cosmetic products and know their possible results. Luckily, there are more and more firms that demarcate from these traditional procedures and are committed to a production free of animal suffering.

That’s why labels like ‘organic’, ‘vegan’, ‘organic’ or ‘cruelty free’ frequently appear on makeup containers and facial care products. But which of these characteristics is the truly respectful of animals?

Vegan is not synonymous with ‘cruelty free’

In order for any cosmetic product to be considered as ‘vegan’, it must not contain any ingredients of animal origin, nor derived from them, such as lactic acids or honey. A slightly less demanding category is that of la vegetarian’, which assumes that the product may not contain any part of the animal, but ingredients produced by them.

On the other hand, a cosmetic listed as ‘cruelty free’, that is, free from animal abuse, depends on other factors. For this, both the final product and all the ingredients it contains cannot have been tested on animals. But the responsibility not only lies with the brand that sells the cosmetic, but it is up to third companies contracted only to carry out a part of the production. If any of these uses animals to test their ingredients, then they cannot receive the ‘cruelty free’ label.

It is also possible that the firm that markets the product does not test on animals, but is part of a larger company with other brands that do. And, if we go even further, it would be convenient to pay attention to the market for selling their products. For example, cosmetics sold in China are required by law to be tested on animals. Thus, any brand that in Europe claims to be “cruelty free” loses that category when it goes on sale in the Chinese market.

While obtaining ingredients from animals does not have to lead to suffering for them, the fact of testing them is considered an act of cruelty according to organizations such as PETA (People for the Ethical Treatment of Animals). The truth is that this procedure has become totally unnecessary.

Currently, it is not only possible to have new mechanisms that allow us to know the effects of an ingredient – such as animal tissue replicas – but there is also a large list of ingredients classified as “safe” that have been previously tested. Even so, many firms tend to retest these ingredients, either because of ignorance or because they test the final product.

Until a few years ago, natural cosmetics did not always stand the test of time well, it barely smelled good and did not have a pleasant texture.

Now, there are many cosmetic companies that follow this philosophy and animal consciousness, a way to take care of our environment and make up in communion with nature.

The main difference between natural and conventional cosmetics is the way in which the raw material has been obtained. In the case of vegan products, they are those that do not contain ingredients from animals or generated by them, such as milk or honey.

And this is why, on the one hand, the big beauty brands are betting on creating natural cosmetic lines in which the “toxic free” products will be the future, and on the other, the small brands are getting prestige in this field.

Stop cruelty in the makeup industry by resorting to vegan eyelashes such as the one provided by Tigress Beauty. With our eyelashes you can easily emulate the look of natural eyelashes with extra volume that will help you achieve a beautiful doll-eyed look.