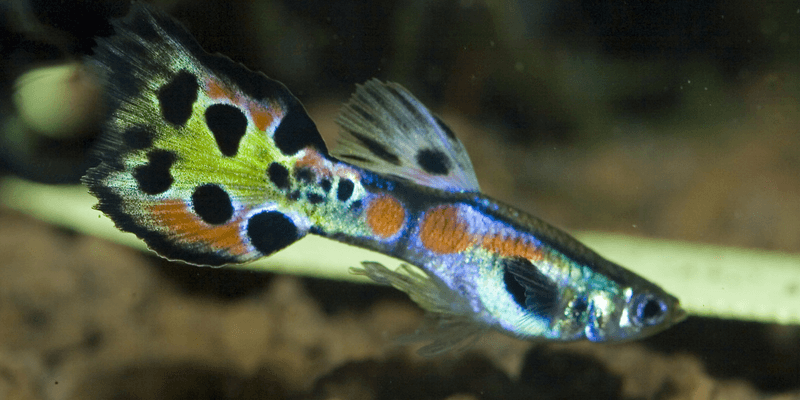 Having an aquarium is a task that requires time and dedication. The fish that are easier to care for are fresh water.

For those who want to start in the fantastic world of animals, but still do not know how to take care of another living being, you can try fish. Also, for the small ones of the house or those who in themselves like the aesthetics of an aquarium in their home. Here is a list of the freshwater species that need less maintenance.

Remember to consult with an aquarium specialist in our centre, Guppy’s Aquarium Products which plants are the best for our fish.

When it is said that a fish is easy to care for, we mean that it tends to stand by itself, without the need for large investments in ultra-modern aquariums, specific food and very expensive to get, they tend to get diseases typical of their species or others. basic needs that may have other types of fish. Of course, the size of the aquarium and giving food daily is essential for anyone.

The size of the aquarium is a must for the comfort of the fish. The freshwater species is peaceful, they do not require great maintenance and taking care of these fish is very simple. Of course, we must first consult the size, quality of life and what type of water they need, whether cold or hot. Because we cannot gather several species of this type without more, but they must have similar features. The best thing for these cases is to do with a temperature regulator, in addition to a filter for those species that do not keep the aquarium for you and a decoration at the height of each fish.

The most common freshwater fish that we can find in almost any specialised place are cyprinids. They are not a species, but it is a family that encompasses various classes. These come from Asia, usually have a more striking colour and a small size, ideal for any fishbowl.

Within the large family composed of common cyprinids, we find three species that stand out for their easy maintenance. The danios have a great vitality and reach an average length of 6 centimetres. They are jumpers, so you have to be careful and get an aquarium that is close but where oxygen enters. They live in small groups, like the vast majority, to feel safe and not take stress. The temperature they usually live is between 18 and 26 degrees Celsius. Its colour is olive green or more golden tones, although each type of danio will depend on its colour, since no two species are the same.

Following the type of cold fresh water, Chinese neons are another species of fish that requires water to be between 15 and 24 degrees. They are one of the most striking species, since their scales are composed of bright colours that are accentuated with proper lighting. They are resistant and tend to live in groups of approximately 10. Their colour is browner with greenish touches and they are crossed by a longitudinal line that can be white, yellow or pink along with red and yellow fins.

On the other hand, following in the family of cyprinids, carp or barbell are the best known and most popular fish in the world. They adapt easily to any type of weather and their variety makes them very attractive. They need a wider space, since they can exceed 7 centimetres in length, and a warmer temperature than the previous classes. There are all kinds of species, although if you like this type of fish but do not have the right place for them, their cousins ​​are almost the same but in a smaller size.

Fish that have similar features to other animals are also popular in the classification to care for a freshwater fish. Among them we highlight the catfish, more commonly known as a dump fish for its method of feeding. Thanks to the whiskers they have next to their mouths, they literally sweep the floor to search for food or debris. They are perfect to keep the fish tank clean. They are resistant and can live with a lower amount of oxygen than other species. The catfish is small, since it does not exceed 5 or 6 centimetres in length, but its close relative, the calíctidas, is even smaller.

Another fish that tends to clean in its path is the girinoqueílido. This small fish manages to stay attached to the rocks and walls of the fish tanks thanks to a particular organ, thus cleaning the glass of its new habitat and getting its own food. They are elongated and their colours have a dark hue.

Rainbow fish is one of the best known too. This species comes from Australia, New Guinea and Madagascar. They do not have a definite colour, since their reflective scales change with light, and the only living conditions that they require for maintenance are to be in a group of at least 6 more fish of the same species and that the temperature ranges between 22 and 26 degrees.

The Killis is little known, but very easy to care for. They are very vital and peaceful, so they are perfect to accompany with other species. Its diversity of colour will give an explosion of colour to your aquarium, thanks to its effects on the scales of the body and fins. Another fish that will play a lot is the Spike, which are small and very colourful. As long as they do not suffer abrupt changes of habitat, they will be suitable to accompany larger fish.

Toxotides need the aquarium to be open to be able to hunt small insects by means of powerful jets of water – so it is not recommended to join with the danios, which were expert jumpers. They will live on the upper part of the cabin and will be very sociable and peaceful.

Finally, the best species for beginners is the perch. This fish does not need more than basic care. They are a very resistant species, since it tends to live in the depths of stagnant waters, they do not succumb to diseases and only look for hot areas.

Remember that Guppy’s Aquarium Products is the top online shop where you can buy anything you need for your aquarium from the comfort of your house and have the most remarkable and eye-catching fish tanks.