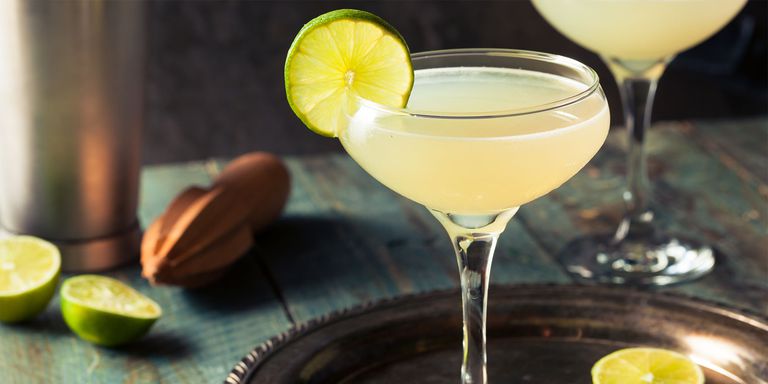 Today we will take a quick look in the past to see the origins of daiquiri, the famous tropical cocktail. Remember that here at Daiquiri Hire Melbourne you can rent one of our top-quality slushy machines to prepare your own daiquiris.

The first chapter of the story of the Daiquiri, tasty and sensual cocktail, was written in the middle of the magical meeting of two different worlds, in 1493, when the ambassadors of pleasure and luxury exchanged the transparency of the tobacco scrolls for the burning sweet of the cane sugar and of course, rum.

Over the years, in 1771, came the age of ice cubes. Don Francisco de Arango y Parreño presented a request to bring to Cuba the wonder of the cold water, “so that the people of Havana can fully enjoy the clamorous summer.” The Governor, Marqués de Someruelos, approved the initiative. First imported from Veracruz and Boston, but in 1805, the “king of ice”, Tudor, obtained a monopoly of its manufacture in Cuba. The cheerful rum drinkers began to try the alternatives with the new cold element, competing with sorbets, sweetened snow and ice cream.

In the year 1896, in Daiquirí, in a place in eastern Cuba there was a young American engineer named Jennings Cox, who in his spare time mixed all kinds of ingredients with rum, looking for a special formula for his taste. Until it hit the spot with the simplicity of lemon juice, sugar, crushed ice and pretty rum. He finished his rehearsals, he had found the ideal rum sour.

A mining engineer of Italian origin, Giacomo Pagliuchi, then captain of the liberating army, was commissioned to baptise this cocktail as “Daiquiri” and take it as a precious element of his bag to the capital city.

Second chapter of the story of daiquiri

Another chapter parallel to this story was written by the soldiers of the liberating army, in their wars against the Spanish colonial army, since they frequently drank a combination of rum and lemon which they called “Cancháchara”. In 1898, General Shafter’s US troops landed in the south and east of the island, near Daiquiri beach, and according to tradition, General Shafter himself commented that the only thing missing from the patriots’ drink was ice, course very difficult to get in the middle of the battlefield. They standardised the name of this combination by simply calling it “Daiquiri”.

At the beginning of the 20th century, Havana was a beautiful city, fine in architecture, with an exquisite baroque ironwork and a tremendous force of chromatism on its walls. In the bustling street of the Bishop, it attracts the always beautiful La Piña de Plata.

The venerable Silver Pineapple is an anniversary, a century does not pass in vain, the old still life is already a modern “cantina” where sophisticated cognacs serve, fine vermouths and scented gins, but their specialty is the “compounds” of fine rum, where the “Draque” stands out, in memory of the most daring corsair of all the brotherhood of the pirates of the Caribbean, Francis Drake, who of course, in spirit, visited them numerous times.

As the centre of the centennial celebrations, something special must be done, very special, the owners change the name to the bar, they choose “La Florida”, in clear allusion to the marshy Spanish territory of North America that then depended administratively on Havana and they abandon their sweet lineage of fresh and argento fruit. The common people baptise it with a cordial diminutive: “El Floridita”.

In 1913, in the bar of the nearby Hotel Plaza, the Spanish bartender Emilio Gonzáles also started offering his clients “Daiquirí”, according to many it is the best in Havana. They want to do justice to the famous “Maragato”, which is the nickname with which Emilio is known in the field of bars, preparations and cocktails.

In 1914, another Spaniard arrived at the “Floridita”, the Catalan bartender Constantino Ribalaigua Vert, a native of Lloret del Mar and shortly afterwards another good professional, the French chef Jan Lapont. Both give category and modernity to the premises. Parishioners from the five continents admired Constantino’s skill, which in the bar with a rhythmic and energetic shake mixed a variety of liquors and soft drinks.

Only a few years later, in 1918, we found the new owner smiling and satisfied at Floridita’s door. He is enjoying the passage of the tram that greets him with his bell … “Good morning, Constantino … has this Spanish fisher gone well?”

The popularisation of the cocktail

Constantino Ribalaigua was very sagacious, he knew that his place needed something special, that could distinguish it from any other place, and that is when modern daiquiri was born. With the help of his Flak Mak ice-crushing machine, freshly brought from the United States, he pikes ice, keeps it in a box with insulation and holes in the bottom to keep the snow dry. Put it together in a blender with an ounce and a half of white rum, a teaspoon of sugar, 5 drops of maraschino, the juice of half a lemon and serve it in a special glass of wide mouth previously frozen. He has put his stamp on the famous “Daiquirí Floridita”, which will go around the world with celebrities from all sectors.

Then, a series of movie stars, intellectuals and politicians, all diffusers went to Cuba and then to Floridita to try that popular Daiquiri. We cannot fail to mention first the Nobel Ernest Hemingway, who says of his infallible cocktail, every day: “this drink cannot be better, or even similar, anywhere in the world.” It occupies for 20 years the same armchair of the bar, today separated by a chain and opposite served, waiting for it, a cool Daiquiri in fashion Hemingway. That is, double measure of rum, without sugar, a bit of grapefruit juice, the juice of half a lemon and to crown the frappe icefall and a half teaspoon of maraschino.

Remember that to prepare this delicious cocktail can be easily prepare using one of our top slushy machines.