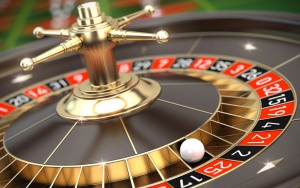 Roulette is one of the few games of chance that is a traditional symbol of any casino, which has a fascination of its own that can enchant any player. That is why it is not strange that this game has always been so popular among players and especially nowadays with the proliferation of virtual casinos that enter homes through laptops, computers, tablets and mobile phones. Ever since they creation, this form of entertainment has become a social phenomenon. The sites that provide casino games, along with sports betting, are undoubtedly the new trend for Internet users who want to have fun online.

Remember that these types of games can be an excellent way to relieve stress while earning some money, check our website for more information!

The game of roulette, has a great charm because it offers a very good chance of winning for the players unlike jackpot machines, and in fact many of them have managed to stay in the history of the game as those who have beaten the casino thanks to their own systems and strategies. One of them is a Spaniard whose name has been inscribed on the blacklists of many European and American casinos. Gonzalo García Pelayo is a mythical character for all roulette fans because he is one of the few who has managed, in the 90s, along with other members of his family, to earn a lot of money in their bets at the casino tables all around the world.

Another curious case, not so recent, is the story of Briton Norman Leigh, who in the middle of the 20th century managed to earn a lot of money in casino roulette. Together with his own team of 12 people, and using the system of Inverse Labouchére, he triumphed in several French casinos, which after discovering his way of winning have forbidden his access to his premises. In his book “Thirteen Against the Bank”, the player explains all the methods he used in the game and provides his best advice for players who wish to try their luck and challenge the casino.

We are going to mention a famous third player that is part of the great legends of the game. This is Harold S. Smith who has become known for the large amounts that he bet in the 60’s of the 20th century. His main advice was that the player must prepare his mind to win, never play with money intended for essential expenses and stop playing immediately as soon as the good run ends. Some really good things to remember before you start playing, but if you are curious about this topic, you can find more information on popular strategies online, where there are even some guides to play online roulette as well as learn the rules and the most profitable bets of the game.

It is worth mentioning that each and every one of the roulette game systems are intended to improve your gaming experience regardless of whether it applies to a physical or online casino. There is no exact answer to the question related to the best roulette system. As mentioned above, roulette is a game that is based on luck, so even if you apply an amazing strategy, you may not be able to win big rewards and vice versa. Very often, players receive pleasant surprises from Goddess Fortune and complete their roulette session with life-changing winnings.

The main objective of all physical casinos is to detect professional players before they earn too much. There are also casinos that try to make the process of winning more complicated by fewer turns. Sometimes, the dealer can also choose the “No more bets” option sooner than expected.

Naturally, most of these systems cannot be applied in online casinos because they use special software with random number generators and the results are completely unpredictable. The positive thing about these platforms, however, are the measures to prevent excessive gambling which are required to be met by any casino that is regulated and authorised. The Law of the game obliges the casinos to establish mechanisms to limit both daily, weekly and monthly expenses as well as the duration of the game session. Because before becoming a successful player like the three mentioned, one should prepare mentally with a very well-prepared strategy and be careful in the game, be it face-to-face or virtual.

One of the latest success cases at a casino

Fortune smiled on Pedro Grendene, the son of one of the richest men in Brazil, whose friends caught the moment on video. He bet all 32 on roulette, won and set off the casino at the Conrad hotel in Punta del Este.

Brazilian entrepreneur Pedro Grendene Bartelle, president of the Vulcabras-Azaleia footwear company and son of one of the wealthiest magnates in his country, bet and won at the casino roulette of the Hotel Conrad in Punta del Este, on the Uruguayan coast.

Grendene opted for the number 32, a box in which he installed a high chip tower. The expectation of his group of friends, who enjoy their vacation in the spa, exploded when the ball landed in the desired position. According to the website Veja, the winner celebrated the news, but denied that the amount is 3.5 million reais (just a little over USD 1 million), as circulated in social networks.

The businessman, dressed in a flowered shirt, burst out in jubilation with his companions and, according to the publication, decided to distribute the amount obtained with the group.  The videocams captured the moment when the group of friends is celebrating the event.

The company, present in more than a hundred countries with its Azaleia and Olympikus brands, among others, produces almost a third of all the shoes exported by the country. Pedro’s uncle, Alexandre Grendene, founded the company together with his brother and has a fortune estimated at USD 2,100 million, according to Forbes magazine.

Find a place such as https://funcasinomelbourne.com.au/ where you can get comfortable and spend some time having fun and winning!