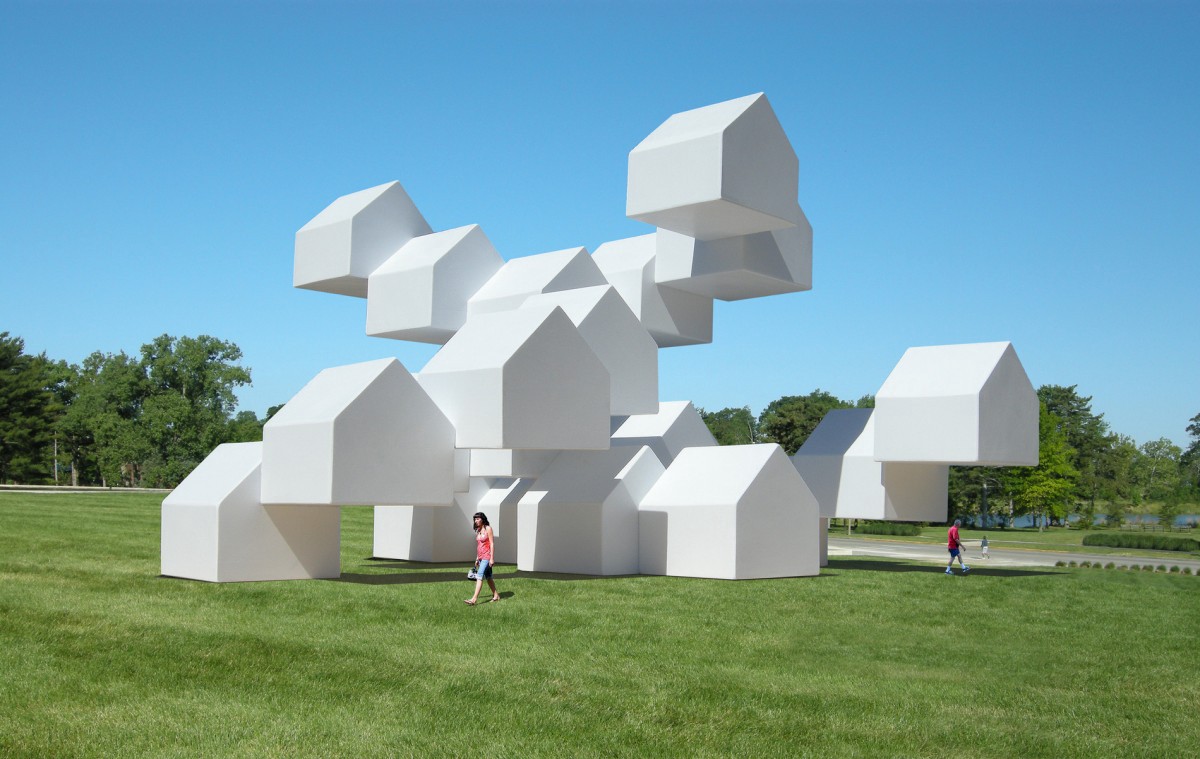 The dream of a simple architecture, with interchangeable pieces, produced in an industrial way and capable of being assembled by anyone, as if it were an Ikea chair, is not something new. Modular architecture, with prefabricated pieces, takes more than half a century to exemplify the future of the discipline. And it is not surprising, an affordable architecture, without the need for major interventions, scalable according to the needs of the person or organisation at any time (and therefore, more sustainable) is something we think is very topical.

And yet, already in the 60s, the first samples of this modular architecture appear, which with a futuristic aesthetic, want to offer themselves as a solution to an industrialised society with a growing urban population. This is the case of the Nakagin Capsule Tower of the Japanese architect Kisho Kurokawa and dating from 1972. The curious building is part of the ephemeral Japanese Metabolist Movement that tried to support a necessary cultural resurgence of the Asian country after the war. The building consists of 140 prefabricated capsules of tiny dimensions (2’3 x 3’8 x 2’1 meters) that functioned as a micro apartment or office, in line with the country’s hotels.

Dincel’s polymer formwork is a great option for concerned engineers looking to satisfy all the needs and requirements of their clients. We can help you increase effectivity and reduce the possibility of increasing expenses.

A less claustrophobic but equally ambitious project is the Habitat 67 housing complex (located in Montreal, Canada) signed by Israeli architect Moshe Safdie almost half a century ago. The complex was built using 354 prefabricated concrete modules arranged differently and in different combinations up to 12 floors high. The result is 146 homes with different sizes (ranging from a single module to eight of these connected units) to meet different family styles and formats.

The environmental concern and the desire to recycle non-constructive elements and give new uses favoured the proliferation of projects during the past decade that had the metal container as a centre. The idea was to “recover” this common and cheap element, which has continued to proliferate in our ports with globalisation and reuse it to respond to growing needs for affordable housing (but also social or cultural facilities) that the housing bubble favoured during the first years of this century. The proposal, which continues to have followers, has evolved into a commercial architecture, even ephemeral, for events and brands (such as the famous city of Puma). Although it has more than dignified representations, such as housing for students of the University of Utrecht, we see in the image above.

Regardless of the paths taken by architecture with containers, it is still an influence when it comes to proposing modular architecture projects. This is the case of the pop-up “micro-library” proposed by the Slovenian studio OFIS Arhitekti for the Ljubljana castle. These units are designed to fit a bed, a kitchen and a bathroom, although in this project they have been used as a way to recreate a small library.

Where this type of architecture has demonstrated the greatest capacity for impact is in emergency situations due to natural disasters or armed conflicts. The possibility of sending economic houses (or schools or medical clinics) by pieces and easy construction to a population in need can solve, temporarily, problems of refugees, displaced persons or populations that have suffered some type of violence or natural disaster.

In this regard, the proposal (on these lines) of the group of schools that the Italian non-governmental organisation Building Peace Foundation has built in a Syrian refugee camp in Jordan stands out. It is not trivial the fact that it is a school, giving back to children the possibility of continuing with their classes as well as helping the war not to mortgage their future, it provides a routine and “normality” that helps children to improve their emotional well-being in these extreme situations.

Another project of housing and modular and prefabricated installations that has run rivers of ink (and pixels) is what, under the name Better Shelter, has launched the Swedish giant Ikea in collaboration with UNHCR (the United Nations High Commissioner for Refugees). Ikea proposes these modular constructions that, like their furniture, come in pieces in two flat packages of 80 kilograms each. It takes about four people, a few hours and no type of tool to assemble it. Each of these shelters includes a solar panel that feeds a LED light as well as a USB port where mobile phones can be charged. As it is a modular system, the basic unit can house a family or group of five people, but the modules can be combined to create more complex constructions that accommodate other types of basic services.

With a similar approach (to propose a construction in an environment of harsh conditions) but a much more ludic function, the small circular houses stand out, which, placed in the distant Antarctic, serve to lodge tourists who love extreme experiences but who want to enjoy everything type of amenities. This particular hotel, called White Desert, is made up of six small domes made of fiberglass that host a small bedroom for two people. These are complemented by other identical buildings that house the kitchen, dining room, a living room and a small library. The houses are located on a wooden platform secured to the ground by steel cables.

Only time can tell the true impact of these work techniques in the future. The truth is that construction and architecture are evolving quite a lot with the passage of time and the field may totally change in the near future.

Here at Dincel Structural Walling, innovations do not have to wait since you can easily achieve waterproofing and the elimination of any possible air voids with no additional waterproofing membranes required. You can contact us today if you want more details regarding our top polymer of work.