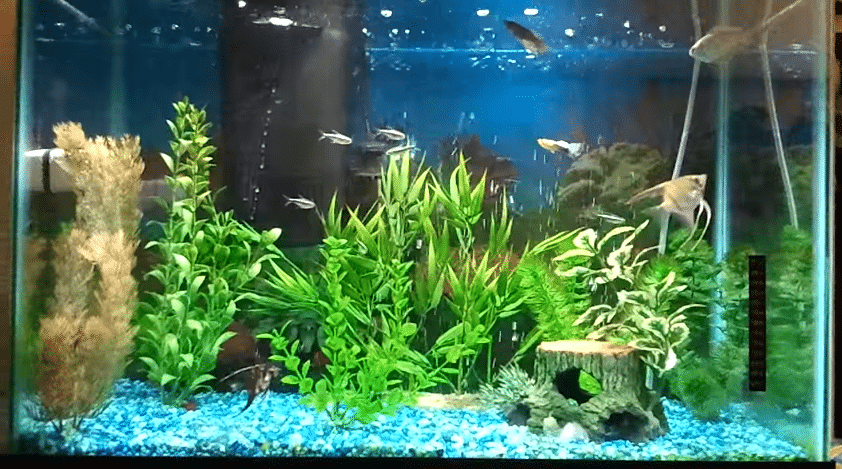 It is estimated that between 1.5 and 2 million people in the world have a marine aquarium. A hobby that may seem harmless, but after those exotic fish of bright colors that, sometimes, surpass the imagination in their impossible mixtures of shades and bold prints, a lucrative market is hidden. Unlike freshwater aquariums, where 90 percent of fish species come from hatcheries or farms, the vast majority of saltwater aquariums are supplied with species caught in their natural environment.

From the sapphire-colored devil fish to the butterfly fish, there are more than twenty million tropical fish, belonging to 1,471 species, which are caught every year to provide for the growing trade of marine aquariums in Europe and the United States, according to data collected in a report of the United Nations Environment Program, which analyzes the global trade of what they have called marine ornaments or ornaments.

Before going on to detail the care that corals need in an aquarium it will be convenient for you to be clear about exactly what corals are to be able to act correctly, and once you know what they are, you can learn how they behave and how they feed.

Remember to consult with an aquarium specialist in our centre, Guppy’s Aquarium Products which plants are the best for our fish.

What exactly are corals?

The first thing you should be clear about is that corals, despite their plant appearance, are not and are not colored stones, or decoration that moves. Corals are living beings that belong to the animal world, surprised? As animals they belong to the group of Cnidarians (they have stinging cells that they use to defend themselves or capture prey, so be careful when handling them) and they need minimal living conditions. As a curiosity we tell you that their closest relatives are jellyfish and anemones.

Actually, as a general rule, each coral is made up of clusters of many small animals called polyps. And if you dare and are very careful you can try to cut them, so that each piece continues to live separately with its independent animals. If you look closely you will see that they are cylindrical in shape and that they have tentacles at the top and a single hole that serves as mouth-anus through which they feed and make their needs.

Roughly speaking, corals can be divided into two large groups:

How do corals feed?

If you dare to have corals in your aquarium, with all this we have told you about corals, you may think that it will be difficult to feed them but fortunately, in most cases, feeding is a more or less simple task, since the microscopic algae zoonxanthellae that are installed in the body of the corals help them to live through a symbiosis: by making photosynthesis they provide the nutrients for the coral polyps to survive. In return, corals offer protection to algae against predators. A kind of barter in which they exchange sugars for safety.

To calculate the amount of light you need you can guide yourself with this scale: 1W per liter of water. Although everything will depend on other factors such as the height of the aquarium, the type of light, etc. It will also be advisable to make water changes (conditioned with a good salt) as often as possible, to be able to replenish the minerals and trace elements that corals consume from water constantly. Try adding vitamins and amino acids to the water from time to time that help corals to be in good health.

How do corals behave?

Do not think that because they cannot move actively, they do not need a certain vital space between them. If they are too close to each other they can face each other, even one of them dies. Therefore, be careful to keep them separate.

Another important factor is to choose well the fish with which they live, since some, like butterfly fish, feed exclusively on their polyps. So, if you don’t want to run out of coral, don’t mix them!

The importance of ecology

Finally, we would like to emphasise that for reasons such as global warming, acidification of marine waters, etc., the aquarium ecosystem is in danger. So much so that all hard corals are grouped in the CITES II international protection category, so illegal trade in corals is strictly prohibited. For this reason, you must contribute to the cause and acquire them only in specialised stores where they assure you that they have been obtained with the greatest possible care and respect, complying with all regulations. Also, if you travel somewhere where corals live in their natural habitat like a beach or a reef, be very careful not to hurt them.

We hope that after all this information, you understand a little more the wonderful world of corals, surely from now on that you already know that they are not mere decoration, respect and care arises with more affection than ever.

Remember that you if you are looking for a good online shop where you can buy anything you need for your aquarium from the comfort of your house, here at Guppy’s Aquarium Products you will find them. Contact us today if you want to learn more about aquariums and why corals are so important as well.