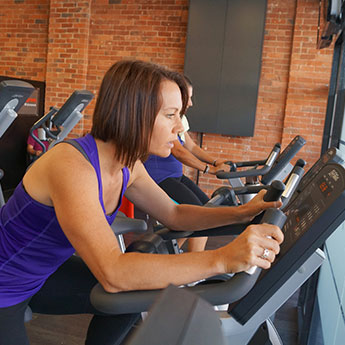 There is evidence that physical exercise  generates a feeling of greater psychological well-being and improves the functions of memory and learning.

The regular practice of physical exercise is one of the axes of good health. But not only that: it is also a fundamental factor for the proper functioning of the brain. There are hundreds of investigations that prove it.

The first major contribution of physical exercise is that it oxygenates the brain. In principle this causes neurons to strengthen and in the long term prevents the onset of neurodegenerative diseases. Exercise helps activate the physiological neuroprotection mechanisms.

Likewise, it is a fact that physical exercise produces a generalised activation of the brain. When performing physical activity, different muscle groups are put into operation, as well as the cardiovascular system, etc. All this is controlled from the brain.

That’s not all. There are studies that prove that physical exercise affects mood and also cognitive functions. In a word, physical activity is a wonderful nutrient for our brain. Let’s look at some of the concrete benefits

Here at Northcote Doc we will help you keep your brain in optimal conditions as well as the rest of your body.

In 2006, an ambitious study began at the Free University of Amsterdam. They took as a base a large group of 20,000 people, who were continuously monitored for 10 years.

In the end it was concluded that those who had performed physical exercise, at least for 60 minutes a week, were less anxious, less depressed and less prone to neurotic behaviours, than those who had remained sedentary.

This is one of many studies in which it has been verified that physical exercise facilitates the secretion of endorphins, the hormones of well-being. There are also serious indications that it increases the production of serotonin, the hormone responsible for regulating mood and anxiety.

In 2005 an experiment was carried out in Finland, on the relationship between physical exercise and intelligence. The test was performed with mice. Some of these ran on a wheel, about 4 or 5 km a day. Others did not.

After a month, everyone was tested for the “Morris labyrinth.” The group of mice that exercised showed a much better performance than the sedentary. It was also found that the number of neurons in his cerebral hippocampus increased.

An experiment with humans was carried out at the Georgia Institute of Technology (USA) in 2014. A group of volunteers were shown 90 photographs. Then they were subdivided into two groups: some exercised and others did not.

A week later, those who had exercised remembered 60% of the images, while the others only remembered 50% of them. Therefore, there is evidence that physical exercise improves memory and learning processes.

It has been proven that physical exercise also has a positive impact on the quality of sleep. It produces a relaxing effect and reduces body temperature. Both factors are decisive to fall asleep and reach its deep phases.

Researchers have found that the ideal is to carry out physical activity between 4 and 8 hours before bedtime. In general, the exercise performed at night can alter the secretion of melatonin and this ends up causing sleep disorders. On the other hand, it has been shown that physical exercise contributes to the secretion of B-endorphins. These hormones have the property of inhibiting the nerve fibres that transmit pain. They are considered a “natural analgesic.”

The effects of physical exercise on the brain are not yet fully known. What has been exposed is only a small part of the benefits that may be involved. What is clear is that physical activity leads to happier and smarter people.

However, the World Health Organization advises doing at least 1 hour and 15 minutes of physical activity a week. This activity must be intense, and includes practices such as athletics, walking, cycling, etc.

The same entity advises to perform at least 10 minutes of physical exercise daily. He considers it a safe means to prevent diseases such as Alzheimer’s or Parkinson’s. Also, to avoid or mitigate cardiovascular, respiratory and almost all types of problems.

Without fat the brain would be mute

The brain functions as a great centre of operations. It manages a huge database, processes it and in many cases generates responses and reactions within a wide range of possibilities.

Brain fat is one of the essential parameters for neurons to communicate with each other. And how! It is estimated that the connection between neurons constitutes an impressive communication network of about 1000 kilometres. Neural communication is generated by electrochemical impulses.

So that “the electrical conversation” is done at maximum speed, the fat that covers the neurons and what we know colloquially as “nerves” is essential. On the other hand, the fat coating prevents the brain from shrinking. The fat allows to absorb more heat and is insulating of the electricity. However, any fat does not work.

The brain loves cholesterol and omega-3

Brain fats are exquisitely chosen in their cells. Of these, approximately 25% is cholesterol, necessary for many brain functions including memory and learning. The brain cells themselves make cholesterol, so there is usually no lack of that fatty acid.

However, the same does not happen in the case of other favourite fats in the brain without which it would not work properly: polyunsaturated fatty acids. They are known as “omega”, and without a doubt the most named are omega-3s. The brain is an avid omega-3 store that needs to be replenished.

Except for some traditionally vegan food populations, in general, humans barely produce all the omega-3s we need. Therefore, when these fatty acids are scarce in the diet, neurodegenerative diseases, cognitive disorders and depressive states can be generated in the medium term.

Where do we find the highest amount of omega-3?

More than 50% of the essential omega-3 fats come from fish oils (especially blue fish), and to a lesser extent seafood and seaweed. If we do without these nutritional sources and replace them only with nuts, seeds, vegetable oils and legumes, we would not cover more than a small proportion of the total omega-3 we need for the brain.

This aspect is particularly relevant for children in their first years of life, when the brain is still forming and growing. In this sense, a recent study has shown that disproportion in omega-3 increases in children the risk of suffering attention deficit hyperactivity disorder (ADHD).

Fish with a glass of oil

As we get older, omega-3s are still essential for brain function and maintenance. In young adults, it is estimated that the brain does not have omega-3 deficits until at least several months have elapsed, while with aging the deficit can be more rapidly accused. The lack of omega-3 increases the risk of Alzheimer’s, Parkinson’s, depression and other disorders (insomnia, attention deficit, mental fatigue).

It is estimated that an average adult needs 200-300 mg daily of different types of fatty acids. Some foods rich in these molecules are:

Here at Northcote Doc you will find second to none services by the hand of experienced professionals that will ensure you are properly evaluated and stay healthy.