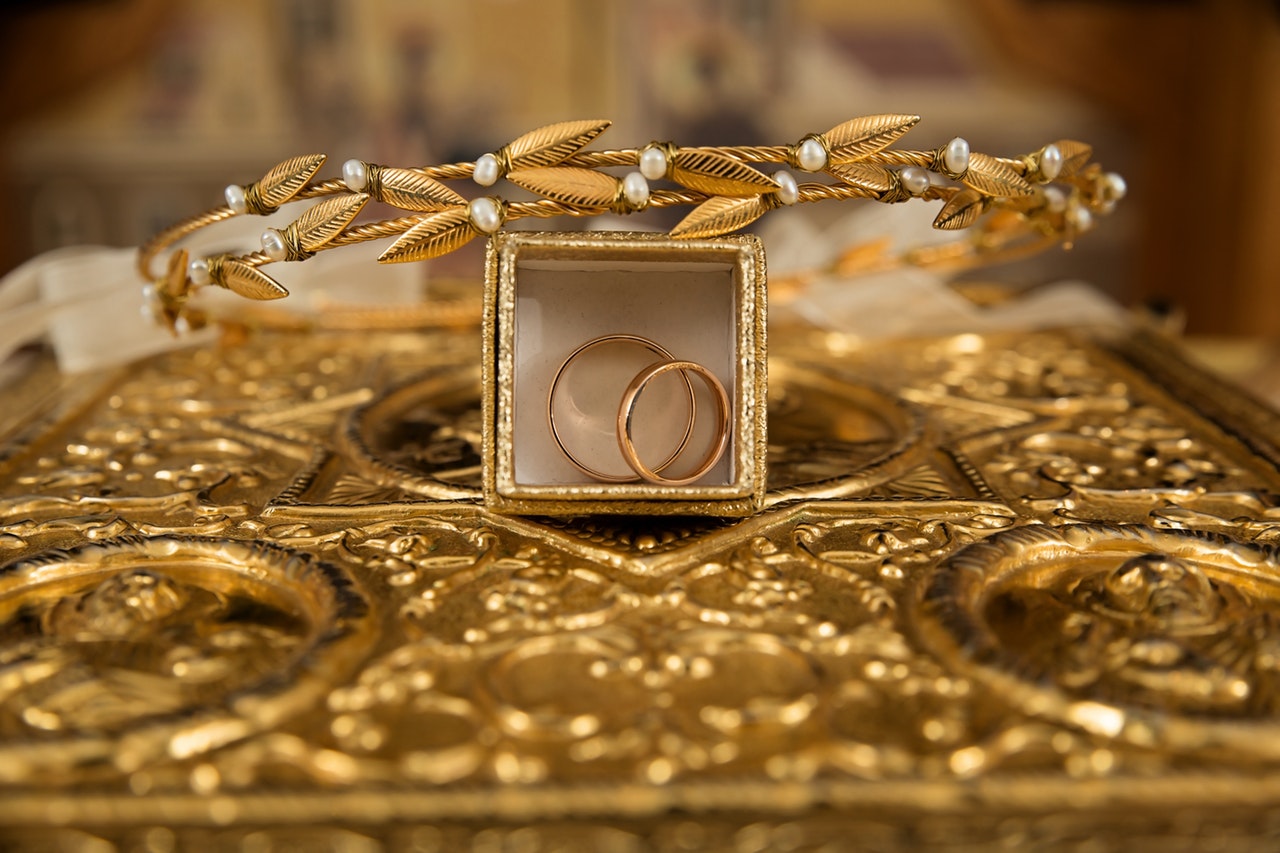 Festivities are just around the corner, with the nation gearing up to make each Christmas more enjoyable than the previous. However, when was jewellery firstly established as a means of a gift? The primal descriptions of jewellery were noted in way before our time. Jewellery made from shells, stone and bones survive from prehistoric times. It is likely that from an early date it was worn as a protection from the dangers of life or as a mark of status or rank. This might show that people in that era would distinguish people from society based on their jewellery. In the ancient world the discovery of how to work metals was an important stage in the development of the art of jewellery, it was not utilising bones anymore. Throughout time, metalworking techniques became more sophisticated and decoration more intricate. Gold, was a rare commodity in ancient times, and was buried with the dead so as to accompany its owner into the afterlife. Much archaeological jewellery comes from tombs and hoards. Sometimes, as with the gold collars from Celtic Ireland which have been found folded in half, it appears people may have followed a ritual for the disposal of jewellery. As we can see, jewellery has been linked to emotional gratification and class from the beginning of human existence.

From 1200-1500 we are in the medieval times and the jewellery found back then in Europe reflected an intensely hierarchical and status-oriented society. The main metals in this era were gold, silver and any precious gems. Lower ranked members of society wore base metals like copper, whereas the higher echelon wore silver and gold. Gems were thought to be precious and administer protective powers over the individuals wearing them. Pearls symbolised purity, and the red gems may have symbolised sacrificial blood of a warrior. It is important to note that until the late 14th century, gems were usually polished rather than cut, this is because the size of the specific gems symbolised and determined their value. Additionally, many of the crafting techniques that were used to add effects on gems are still widely utilised in today’s day and age. The bigger the better back in the day!

Moving forward in time, and we land in the renaissance era. Jewells in this era shared the age’s passion for splendour. Enamels, often covering both sides of the jewel, became more elaborate and colourful and advances in cutting techniques increased the glitter of stones. Religion played a pivotal role also in jewellery design, as many pieces were worn either for earthly “God-given” powers or could reflect political strength. Particular types of stones were thought to protect against specific ailments or threats, ranging from toothache to the evil eye. They could also encourage or banish such characteristics as bravery or melancholy. This was a transitional period for jewellery as it was a more psychological link towards the metals and stones than a sentimental one. Creepy!

By the mid-17th century, changes in fashion had introduced new styles of jewellery. While dark fabrics required elaborate gold jewellery, the new softer pastel shades became graceful backdrops for gemstones and pearls. Expanding global trade made gemstones ever more available. Advances in cutting techniques increased the sparkle of gemstones in candlelight. During this period, jewellery was stitched to clothing and worn as one, with an array of designs and intricate adaptations. Frenchman, Jean Toutin of Châteaudun was the pioneer of the era and most designs were based of his work. The striking colour combinations, in conjunction with painted opaque enamel was a huge innovation of that time.

During the 18th century and the discovery of diamonds, this was the primary stone utilised. They dominated the era and were frequently mounted in silver to enhance the stone’s white colour. However, in the 19th century, the focus shifted back to archaeological jewellery and older designs. The 19th  century was a period of huge industrial and social change, but in jewellery design the focus was often on the past. In the first decades classical styles were popular, evoking the glories of ancient Greece and Rome, with a high influence of the medieval era. The huge shift in this period was the Art Nouveau style, which caused a dramatic shift in jewellery design, reaching a peak around 1900 when it triumphed at the Paris International Exhibition. Its followers created sinuous, organic pieces whose undercurrents of eroticism and death were a world away from the floral motifs of earlier generations. Art Nouveau jewellers also distanced themselves from conventional precious stones and put greater emphasis on the subtle effects of materials such as glass, horn and enamel.

Finally, in today’s era we are blessed with new technologies, new designs and an array of contemporary stones to work with. Jewellers have been pushing the boundaries of scale and wearability to the limits. Jewellery has developed into wearable art. This is where Love Lockets comes to play. With immaculate designs and tailor-made jewellery, we ensure that you will be amazed.

Alluring, fine-tuned and captivating locket necklace manufacturing in Australia is what we pride ourselves on, here at Love Lockets! With an exquisite online market, filled with an array of different designs and details, our locket necklaces are second to none. If you are searching for an impeccable locket necklace to please the opposite gender, Love Lockers Australia is here to infatuate you!