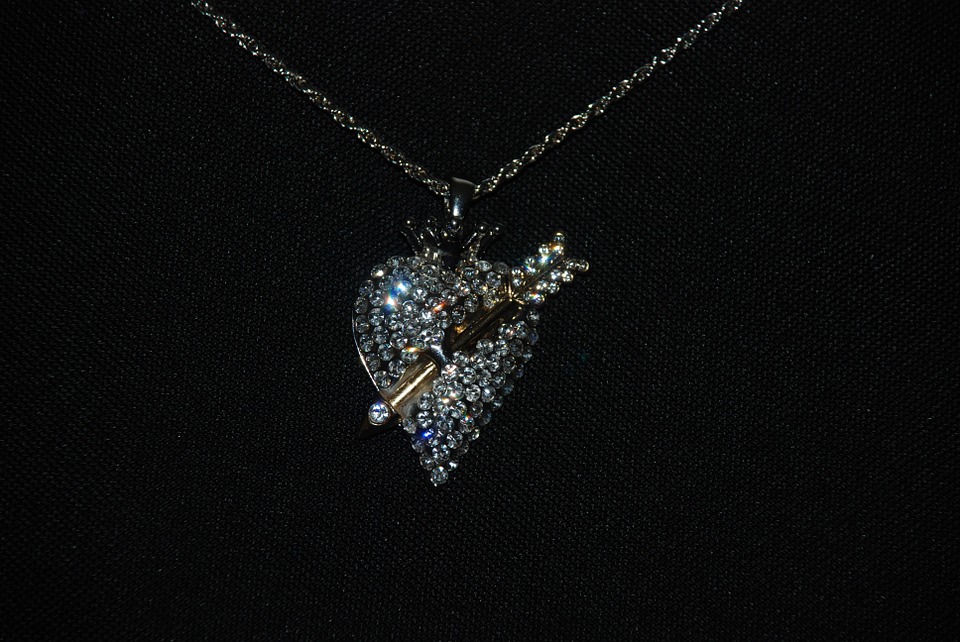 Considered an indispensable part of our image, jewellery is not only a decorative element but also an element of great symbolism, because although some do not notice it, the pieces we use represent others, our ideas and the vision we have of life. That is why for a long time, the world of jewellery has been filled with an infinity of elements and shapes, to bring a different meaning to each jewel; and among them the heart is one of the forms or designs most used and with greater symbolic load.

Since, traditionally many meanings are attributed to them, among them are friendship, femininity, union and righteousness. However, it is more universally known as the symbol of love in its different forms, since it is associated with the concept that the heart is the centre of the emotions and feelings of human beings and especially love.

An idea that began to become popular in seventeenth-century England, when it began to be used in the exchange of Valentine’s postcards, and that was gradually spreading throughout the world until it acquired the romantic character it possesses today. So, it is difficult to get a place in the world where a “I love you” is not accompanied by a heart-shaped detail or object, especially on that day of the year.

Remember that here at Love Lockets you will find beautiful lockets online in Australia that you can order and start enjoying as soon as possible. You can even order custom heart lockets online that are made according to your likes.

How did hearts become popular in jewellery?

One of the most common objects in this type of occasions is jewellery, and this makes it possible to find a wide variety of jewellery pieces with hearts such as earrings, bracelets, rings and necklaces. But perhaps, one of the most popular pieces is the split heart pendant, because besides being an original detail that adapts to any age, it is a declaration of eternal love to the recipient. Being also versatile and elegant and of course a timeless jewel.

Taking into account the spiritual context we can establish another meaning, since the heart is considered the symbol of divine presence and divine love. Although also because of its similarity with the shape of an inverted triangle, it symbolises the holy grail, cup used by Jesus Christ at the last supper and that is said, contains the essence of immortality.

Since, although there are many meanings that are associated with the heart, mainly jewels with this form are carriers of the feelings of love and gratitude we have towards others. Therefore, be they friends, parents, brothers, couples and children, all are worthy of a piece of jewellery that symbolically demonstrates and celebrates what we feel for them.

Undoubtedly, jewels with this shape are carriers of great beauty and the greatest feeling that exists; more than enough reasons for jewellers around the world to continue taking it as inspiration to design their pieces and with them continue to fill our lives with meaning. Therefore, if you are looking for the ideal gift for a special person, these jewels are definitely a safe bet.

The heart in jewellery through out history

Throughout history, the heart has been a symbol of power, as well as an amulet of strength. In the Scriptures it was used as the core of life where they converged beyond the mind, spirit and soul, emotions and understanding. Some definition describes it as “the centre of total personality in relation to intuition, feeling or emotion; it is the centre of emotion, in contrast to the head, which is the centre of the intellect.”

The Egyptians placed the conscience in the same heart, considering that this was the source of good and bad thoughts. After death he took on a special role. They mummified it and kept it under the protection of the god Tuamutef.

Today we use the heart symbol frequently to show love to others, not only love as a couple but also brotherly love, filial love and friendship. Surely many of you have received hearts drawn from your little ones with a “I love you, mom” or “I love you, dad”

In Jewellery, this figure is the great protagonist of the silver charms that are usually given mostly to the couple, usually they give hearts to them … But there are also stories created between friends or sisters who give hearts, and the prettiest ones that usually really reach the heart … the jewels of heart that children give to their mothers.

All of us have received or have ever given a heart, even ours. Who has not drawn as a teenager a heart in his notebook with the name of a girl. Thousands of stories are written with a heart in between.

So, if you are thinking of an original gift for that special person, check out our hearts and make your day.

Other important symbols in jewellery

The eye symbol provides protection against strangers, envy and bad energy, protects in addition to the unknown and that which cannot be seen.

This symbol describes the state or quality of being infinite. You can tie infinity to positive things like friendship and love or you can use it as a declaration of affection and devotion to someone.

The anchor can symbolise stability and solidity. It can be a great symbol to remind you to remain grounded or as a symbol of a stable relationship.

The arrow symbol can mean protection, defence, movement, strength, speed, security, direction and power. The Arrow is also used to ward off evil spirits, for this you must always point to the left.

This is a historical symbol that symbolises balance by showing two opposing forces that reside together in harmony. The symbol also shows that nothing is completely good or completely bad. If you use it you can represent a balanced life without extremes.

This symbol represents importance, greatness, revelation and understanding, it can also mean the entrance to someone’s heart or the beginning of a new opportunity.