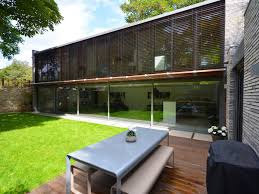 The blinds, contrary to what many people think, is an ancient element and its origins go back centuries. Not in vain, the tribes of the desert already used leaves to cover the windows of their shelters and thus shelter from the sun. We are going to make a brief tour through history, to know the evolution of this useful instrument, essential in our days.

In ancient Egypt, the windows were covered with interlaced canes, which were responsible for blocking the penetration of sunlight, while allowing the entry of fresh air into the buildings. In China, the blinds were made with bamboo. The Persian merchants, for their part, introduced this element into Europe.

Nowadays, external venetian blinds are the most effective and modern and very beautiful to add for decoration purposes, here at External Venetian Blinds you will find the most appropriate option for your house. Contact us today and acquire external venetian blinds of premium quality, we will offer you excellent products at an excellent price so you will be able to choose the most appropriate option.

Europe as a bridge for the popularisation of blinds

Talking about blinds in Europe is doing it from Venice. Italy was the great recipient of these accessories from Persia. In the city of the channels they were used to graduate the entrance of light and air in the buildings. In that Italian city appeared what we now call “Venetian blinds”, which have evolved and are now used in homes and offices around the world.

The Englishman Edward Bevan perfected the mechanism of Venetian blinds, incorporating an endless cord and a pulley, which were used to move the slats. At first, these were made of wood, although over the years other materials were added, such as aluminium. This blind was patented in London in 1769.

In 1880, the blinds conquered New York. They had sheets of glass, although throughout the twentieth century they began to be manufactured in other materials, such as metal or fibre. During the 50s of the last centuries, advances in metallurgy led to the birth of the first modern blinds. At that time, they were somewhat uncomfortable and noisy accessories. Already in the 80s, vinyl and plastics helped to lower the price of blinds and to extend their use.

The term “blinds (persiana in Spanish)” comes from the French word “persienne” and refers, precisely, to the inhabitants of Persia, the introducers of this accessory in Europe. Currently, the most innovative element in the world of blinds is their automation. Home automation, computer science and technology in general allow remote control of these systems, whose origins were simple sheets covering doors and windows.

Why are they call venetian blinds?

Although the origin of the Venetian blinds is conjectural, it is believed that they come from the historical region of Persia and not from Venice. The Venetians – very good merchants – discovered these types of curtains during their trade exchanges in the Middle East and took them to their city of origin. It seems that it was the Venetian slaves who, once freed, carried this type of curtain to France. The French have always called the Venetians “Persian”, showing their Persian origin.

After entering Europe in 1760, the curtains crossed the pond and arrived in the United States. In North America the Venetians were established as a symbol of high society, with a meaning very linked to power, so they could be seen in many public and government buildings. During that time the Venetian blinds appeared for the first time in a painting, “The visit of Paul Jones in the Constitutional Convention”. A little later, a church in Philadelphia was a pioneer covering their windows with them.

Throughout the nineteenth century, this type of curtains began to popularize and was used in all types of buildings due to the ease with which they regulate light and air. In 1930, the Radio City building at Rockefeller Centre also adopted Venetian blinds. But, without a doubt, one of the largest wooden Venetian orders in history was for the Empire State Building in New York, which was commissioned from Burlington Venetian Blind Co.

Innovations in the history of venetian blinds

John Hampson of New Orleans takes credit for the invention or patenting a device to change the slat angle of a Venetian blinds’ which is still in use today. This device is usually a plastic rod near the top of the blind.

Hunter Douglas was the first company to develop a light, aluminium louvered blind in 1946.The mini louver, with a one-inch lath, entered the market in the 1960s, followed in the 1990s by blind micro of half an inch. Today, two-inch wood blinds have regained popularity.

The Venetian blinds reached maximum popularity in the United States in the 1930s. In 1936, manufacturers put in New York $ 210 million dollars of shades in the market. The blinds were made of wood or metal in a wide range of colours. After so long, venetian blinds made of wood and aluminium are still as popular as they used to be. What’s their secret? They are resistant, functional and decorative.

Myths and curiosities about blinds

When they were first made, thousands of years ago in Persia, women had the habit of placing pieces of cloth outside of the windows to protect themselves from the heat and, at the same time, let in light and air, to the women who placed these curtains, that time they started calling them blinds.

Using external venetian blinds is one of the greatest options for people who prioritise hygiene and style, putting them before everything else. Also, curtains are one of the favourite places for mites and other insects to live, if you get rid of them you will easily decrease the chances of mites living in your house. With outdoor blinds from External Venetian Blinds you can forget about mites and accumulated dust that usually attracts them. Contact us today for more information.