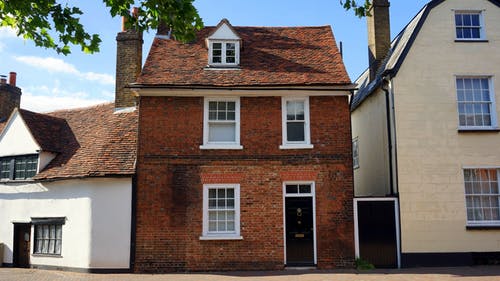 When talking about mammoth buildings, there is a name that cannot be missed: the huge Burj Khalifa, a skyscraper that observes the city of Dubai from an impressive 828 meters high. In 2007, the promoter of the work announced that the tower had usurped the highest construction title on the planet to Taipei 1010 (508 meters), a medal that continues to shine today with concrete.

Nor should we forget another giant among the giants, the New Century Global Centre, located in Sichuan (China). Although you do not need to raise your head too much to look at its cornices, you do have to take a good walk to get around it completely. The floor of the immense building has 1.76 million square meters, an area larger than that occupied by the Vatican City.

However, none of these huge buildings is on the list of the largest in the world when we take as a reference the total volume they cover. This ‘ranking’ of enormous proportions has as protagonists other lesser-known constructions, but with a few measures not insignificant.

At the top of the list is the factory that Boeing has in Everett (Washington), where the company began to manufacture the first 747. Although the initial works ended in 1967, the company has been expanding the building to exceed the 13 million cubic meters. Today, four different aircraft models come out of their interior.

The aircraft factory is followed by the huge import building that the Target department store chain has in Savannah, Georgia. Its purpose is to store the merchandise acquired by the firm and then distribute it among the centres responsible for distribution that will take it to the supermarkets. They have about 7.43 million cubic meters to place the numerous boxes and containers that arrive at the facilities.

The aircraft plant of the competition

The third place on the list belongs to another aviation giant, Airbus. It is the Jean-Luc Lagardère plant, located in Toulouse, where its engineers carry out the assembly of the A380 models. The pieces arrive from other parts of Europe, including Spain, by land, water and air, to be later joined in this space of 5.6 million cubic meters.

The Aerium, a huge building of 5.2 million cubic meters raised in Halbe (Germany), was also intended to manufacture aircraft. However, it has turned into something completely different: today it houses a theme park set in the Tropic, the Tropical Islands Resort.

Other Germans have earned the fifth place in the ‘ranking’ of size. The company Meyer Werft has built in the town of Papenburg the largest shipyard in the world, which they have dubbed Dockhalle 2. Out of its 4.72 million cubic meters hundreds of luxury boats have come out, affordable only for a few.

The largest installation of NASA

And from the waters we go back to the heights, this time beyond the atmosphere, to speak of the building of vehicles of NASA that is in the Kennedy Space Center, in Florida. Its construction began in 1963 with the aim of manufacturing the necessary spacecraft for the Apollo program, the first mission that would take astronauts to the Moon. The 3.66 million cubic meters building has its own meteorology: due to the difference in temperature between the different layers of air, the water condenses near the ceiling, causing light drizzles.

Fortunately, inside the O2 Arena no precipitation, because its 2.79 million cubic meters have hosted concerts from some of the competitions held during the London Olympics 2012. Maybe you know him as the North Greenwich Arena, qualifier used during the massive sporting event.

An old centre of Tesco

The use of the building that occupies the eighth place in the ‘ranking’ is more than walking around home. This is the distribution centre that the supermarket chain Tesco has in Donabate, an Irish town near Dublin. The construction of the property, which has a volume of 1.55 million cubic meters, cost the company nothing more and nothing less than 70 million euros. The company sold it in 2014 for 129 million euros to a fund based in Johannesburg (South Africa).

A factory of military ships

The giant of northern Europe is followed by one located on the other side of the Atlantic. The factory that the Austal company has built in Mobile (Alabama) has 1.37 million cubic meters. The construction of military vessels produces huge battleships there for the United States Navy.

A unique space in Hannover

A bit more austere in measures is the Hannover trade fair which, despite occupying the last place on the list, is the largest space in the world dedicated to this type of meetings. It occupies a volume of 1.15 million cubic meters and is located in Mitterfeld (Germany). Visitors who visit the facilities can visit 27 rooms and pavilions, as well as a convention centre with 35 different rooms.

Construction defects usually include any deficiency in the operation of design, planning, supervision, inspection, construction, or observation of any construction of a new home or building, where there is a problem to build in a reasonable manner and the structure does not work. the way he reasonably should or that the buyer thought would work. Some of the most expensive defects include:

Experts in building inspections services that are part of Able Building Inspections will carry out a study of the situation, do not hesitate to contact us.