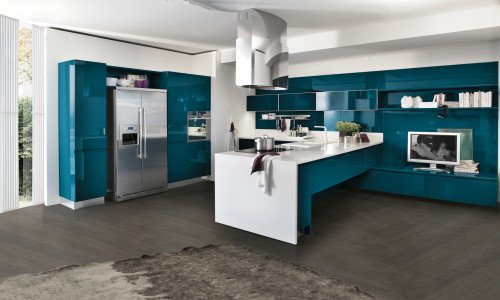 Cleopatra had a very enigmatic life that has been deeply investigated by researchers for a long time. Whilst it was a life full of achievements and a lot of drama, she was also known for her secrets of beauty and her power of seduction. Here at Love Lockets you will find, lockets, crystals, charms and chains so you can pretty much make a customised decision that takes out the best of your body shape, skin colour and eyes, just like Cleopatra would wear are from wardrobe.

Cleopatra cannot answer, what can we do? Well, there is a lot of information on the internet thanks to books, paintings, drawings and even coins that helped researchers clear the kind of garments this legendary queen used to wear along with her make-up and accessories. With a brief analysis it is quite easy to learn more about the aspect of Cleopatra.

In many images we can see that Cleopatra is represented as if she were naked, but if we look carefully, we can see that near the feet we can see the finishing edge of a tunic, besides the treatment that has been given is like if it were a golden texture (for the pronounced brightness), it was surely a fine linen tunic with inlaid gold. This image corroborates and contrasts the aforementioned, the use of tunics of fine linen and adjusted to the body.

According to the information analysed, we have found that Cleopatra used to dress as a normal Greek but that she put on the Egyptian costume for parties and ceremonies. But without a doubt Cleopatra will survive in memory with the attributes of the pharaohs. Paying attention to some images it is possible to spot that she liked combing her hair in a Greek style also.

Thanks to some coins we can also get an idea, more or less of what Cleopatra was like, there are no writings that enhance its beauty, but its nose is pronounced, and it stands out in some busts and in this coin. Cicero said: “If Cleopatra’s nose had been smaller, she would have conquered the world.” What cannot be denied is the culture and intelligence of this, being in this case true the saying that the big nose is a sign of intelligence.

A special creation of Egypt was the gorget species, made with metal discs that were worn directly on the skin or on tunics surrounding the neck. We can see that Cleopatra liked to wear jewelry, since these are represented in the sculpted stone shown.

You could say that the makeup story begins in Egypt, and surely Cleopatra had a great influence as a generator of fashion and style, according to some sources it could be said that the best makeup is attributed to her. In those times, they used to obtain the colours of their cosmetics by mixing earth, ashes and inks.

The differences between those times and now is that now we have internet and TV, and in that time, people knew about Cleopatra thanks to the word of mouth. But she is a clear example of how fashion and an appropriate style can make a woman remain a legend through time.

Here at Love Lockets we can help you achieve that or find the perfect gift for someone you appreciate. We understand the importance of flashy accessories that are able to highly the best details of your outfit. Take a look at our website today so you can find some especial accessories for that unique occasion, they will completely change your look.