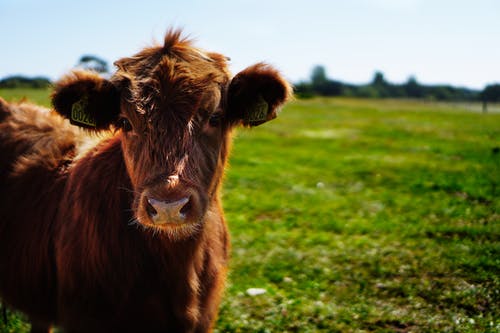 The monitoring and management of livestock, cattle  is complicated in very large extensions, with trees or lagoons.

Health controls and management of breeding health will improve the productivity of these extensive systems. Another essential element is the control of the health status of the herd. In the exporting countries, diseases have been classified in those that affect such exports. Finally, it is necessary to improve the gestation rate of the females that are at the base of the system.

The cows remain grazing all year round and naturally and directly on the plot without any assistance, concentrating naturally in spring. In spring, pastures of abundant quantity and quality are available, which allows to recover the weight and body condition lost during the winter and facilitates the early restart of postpartum ovarian and estral activity. The bull riding is done during spring and early summer for six months or more. However, they observe, in many cases, periods of three- or four-months’ assembly, consequence not only of a good nutritional management, but of a rigorous planning health.

Brucellosis, leptospirosis and tuberculosis, without being venereal diseases, have a great impact on breeding success. The first two produce abortions and, the third, loss of body condition that affects the gestation. They are usually endemic in most extensive systems and present the aggravating circumstance that they are zoonosis.

From the point of view of breeding health, the control of these diseases is fundamental, that can now be achieved thanks to the improvement of its diagnosis and prevention. In our country, programs for the control of these diseases, first with the routine implementation of diagnostic methods and, subsequently, with the use of vaccines (mandatory in many cases) has meant a decrease generalised prevalence and incidence. In many countries, all bovine females must be vaccinated against brucellosis between three and eight months of age with vaccine strain 19.

These diseases cause the loss of between one and two million calves. The application of diagnostic and preventive measures has also allowed to significantly reduce the prevalence of both diseases.

The analysis of preputial samples of bulls is the most appropriate tool for diagnosis (culture for trichomoniasis and test of immuno -orescence for campylobacteriosis). The genital secretions of females can also be used for said n. Currently, the persistence of the prevalence of both diseases is 10 to 20% of herds and 2 to 3% of bulls affected (20 years ago these values ​​were 38-55% and 5-32%, respectively).

Annual vaccination against campylobacteriosis is advisable by means of two doses, applied one month apart, giving the last dose about three weeks preservice. However, the immunity that is generated is relative, so the elimination of positive sires or antibiotic treatment remain fundamental for its control. On the contrary, more work is needed to establish the effect of vaccines against trichomoniasis.

Health management in relation to the breeding season

The breeding season marks the calendar of preventive health actions. Prior to the riding period. The control of venereal diseases in bulls and their vaccination must be carried out (see previous page). You also have to perform brucellosis control and examination of breeding animals, with a test of service capacity as a complement. For diseases of infectious origin vaccination is recommended against anthrax, IBR and DVB: two doses with a 21-day interval in the heifer and a dose in the cow.

It should also be vaccinated against leptospirosis: two doses initially, with repetition of an annual dose, always using monovalent vaccines. The control of internal parasites becomes of vital importance in the heifer of early service (15 months) and in that of second service, which is still sensitive to parasites.

The average production of dairy cows is a reflection of the influence of the care they receive during their productive life. During the last two decades, improvements in genetic quality, in nutrition, in milking systems, in the design of facilities and herd health programs have allowed a substantial increase in milk production. There are studies that indicate that the welfare of these animals is an important point to be able to develop a competitive dairy and develop a quality product for the consumer.

The management of dairy cows includes movements several times a day so that said management can to a certain extent affect the safety of the animal or the person in charge of the management. Cows are social animals that do not like to be isolated from the group, they are also habits animals and have difficulties adapting to new situations. Another risk represents excessive noise that frightens the animal and causes unpredictable behaviour.

Understanding this we can say that good management practices can reduce stress and can increase milk production bringing more profits to the producer. Scientific studies have shown that frightened cows produce less milk than quiet cows.

There are 6 aspects of management that, if applied, will help to reduce fear in animals, allowing a calm and safe handling, as well as improving efficiency and safety for employees.

Call us today for more information about cattle management and more.