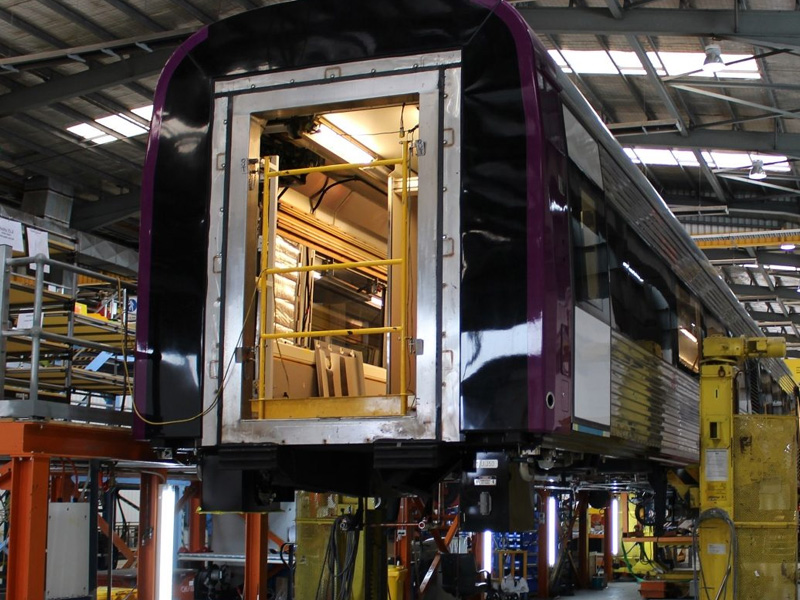 The main objective of the railway signaling is the safety of train circulation, preventing the collision of two trains and ensuring the spacing between them. To do this, mutually incompatible movements are prevented and the activation of track switches, railway signaling, etc. is regulated; all within restrictive criteria aimed towards safety. However, the foregoing is always subject to the correct performance of the driving personnel. Automatic protection systems, spoken about in this point, are considered an additional part to signaling, and their philosophy is based on the supervision of the correct performance of drivers, so that, if a driver doesn’t obey the indications of the signals or exceeds the maximum permissible speed in the section in which they are located, an emergency braking of the train automatically occurs.

In medium and long-distance trains, the intervals are usually not as demanding, except in shared paths, and until now, ATP systems were mostly based on “safe braking” criteria to avoid collision than on the compatibility of interval reductions and safety.

Metropolitan railways usually reach the highest possible number of accelerations and decelerations compatible with the comfort of their passengers, to achieve very short travel times, maximising commercial speed despite frequent stops. This is complemented by the ever-growing need in most administrations to incorporate as many trains as possible in the most crowded lines and periods of the day.

Remember that here at SAM Technology you will find what you need in order to take operations to a whole new level and increase productivity. A company with an experienced and dedicated engineering team of experts that can offer quick and practical solutions to your problems, tailor-made to cover your requirements and demands.

Maximum speed point systems. – These systems are based on the incorporation of information from the fixed installation to the train in very specific points or areas of the line; not continuously as in the previous case.

The way to transmit this information is usually via emitting balises placed in the tracks that emit a signal received through the train antennas mentioned in the previous section.

The first point systems were named “TRAIN STOP” and they were conceived as systems aimed towards issuing an emergency braking command to any train that passed a red light in case of human failure. This appeared many years ago (although it still operational in some metros, like in New York’s), in some purely mechanical systems that, with an articulated mechanism, lifted a metal block or platen when a railway signal was in red. If the train passes the red signal, it performs an emergency braking due to a metal tamper installed in the bogie colliding with the railway platen that causes said braking.

Due to its wide use and generalization in Spain, this section will focus a little on this system that, in the current times, and except in the Mediterranean corridor and in the High Speed lines where other systems like the LZB in the Madrid-Sevilla line, and the ERTMS in the new Madrid-Barcelona, Toledo, Valladolid, etc. lines, it is the basic point ATP in our network.

The Announcement of Signals and Automatic Braking (ASFA) system was created to provide trains with greater traffic safety. In short, its purpose is to display the indications of the railway signals in the train’s driving cab, conditioning driver’s actions to comply with the specifications of said signals and safety regulations. In case of not fulfilling the requirements of the signal, emergency braking is activated, and the risk of accident is avoided, in the event of a hypothetical error or delay in the response of the driver. The most advanced systems or generations of ASFA allow maximum speeds of up to 200 Km/h.

In addition to the signals, the system is equipped with two well-differentiated parts depending on their location, the track equipment and the vehicle’s equipment. The purpose of the track equipment is to transmit to the vehicle the indications of the signals that appear in the considered travel direction. As for the equipment in the vehicle, it must be able to receive the information, record the driver’s response and, in the event that the latter doesn’t respond, issue the command to activate the emergency braking.

The element located on the track to transmit the information to the vehicle is called a balise, and it is a device through which the inductive transmission of the information corresponding to the indication of the signal is made to the vehicle equipment’s sensor, when the latter passes over it. This transmission is carried out by inductive coupling. A sensor for this signal, a control cabinet, a power supply and a panel in the driving cab are installed on board the train. Obviously, the onboard equipment must be interconnected with the brake equipment, and with other systems of the cabin such as the tachograph, tachometer, recorder, etc.

The authorities’ concern about the high number of incidents, and the impact they have, has led to the continued development and installation of new systems that help prevent accidents and, where appropriate, investigate the causes of them.

Work has also been carried out to improve the pavements to avoid possible incidents derived from the poor condition of it. The old planks have been replaced by non-slip rubber pavements that are also removable and facilitate the maintenance of the track.

Here at SAM Technology Engineers we specialise in railway systems maintenance and everything related to this area. Contact us today for more information regarding our top efficient solutions. Keep in mind that we can help you achieve your goals and make sure you optimize time  management.