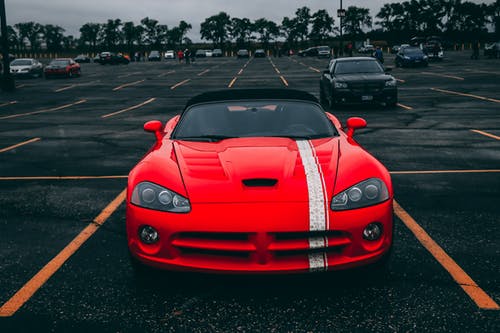 The brand of the four rings, this is often called Audi, alluding to its logo. But what does it mean, what has been its evolution and since when is it as we know it today? We will give a brief review of the history of this logo and the brand to understand it better.

We started at the beginning, for the creation of a company called Horch, as its creator August Horch. This was back in 1899 and he made a car, but the happiness was short and Mr. Horch left with a fresh wind to found another on his own in 1909. He also gave his name August Horch & Cie. Motorwagenwerke AG but came to court because he could not use the name of Horch, he was already registered previously (by his old company, of course).

Remember that for any of your cars from this brand, here at JB Euro Service will be happy to help you keep it maintained and well-preserved.

Mr. Horch was not willing to have his company sport a name different from his own, so he translated it into Latin and the thing was like this: Audi Automobilwerke. So, the name of Audi dates from the early twentieth century, but do not think that the thing is there that this has crumb. A few years later, in 1932, Audi joins Horch. Yes, yes, with the first company that Uncle August founded, from which he left to make them compete …

These two companies joined together with DKW and Wanderer forming Auto Union and it was the beginning of the history of the four rings of the Audi logo. Each of the linked rings symbolises one of the four companies that formed Auto Union in this order from left to right: Audi, DKW, Horch and Wanderer.

And then what? Because joining four automotive brands can be an achievement or a real failure. For the solution to open the range of potential customers and prevent the four brands could rival and cannibalised was to allocate each to a defined sector. In the cast the one that apparently came out winning was Horch, who played the high-end luxury vehicles.

DKW had to be satisfied with motorcycles and small cars, Wanderer took care of medium-sized vehicles and Audi was the brand chosen for luxury cars in the middle segment. Already at that time it was glimpsing the success of the Audi A4?

The war came and the focus shifted to military vehicles. Then the company was expropriated and was the end of Auto Union AG, which in 1949 resurfaced under the name of Auto Union GmbH and happened to be located (until today) in Inglostad. New change of pace, Daimler-Benz AG takes control of the company, that is, there was a time when Audi and Mercedes were colleagues.

That was in 1958 but only six years later Volkswagen arrived and, in two times, it took over the entire ownership of Auto Union. And Audi (Auto Union) began to be called Audi in 1965. Its first car with that name was the Audi 100 of 68, which sported the four chrome rings on its grille very similar to the current ones.

Do not forget the merger with NSU in 1969 but the four rings of Audi were already well established, it was in 1985 when the brand changed its name to Audi AG. To finish, do you know when the logo that the Audi looks on its hood dates to today? In 2009, it is very similar to that of the sixties but has undergone a small evolution, now gives more sense of relief and the hoops seem flatter.

The German company has been characterised by its permanent innovation in the global automotive industry. Here are the main milestones in Audi’s history:

New innovations in the nineties: Audi V6 engine with six cylinders in V and the Audi duo – an Audi 100 Avant with a normal engine and an additional one, incorporated in the rear axle – with the possibility of choosing between the normal or electric motor.

Undoubtedly, the Audi model car would be the A8 in 1996, with an aluminium skeleton. Thanks to this system, the car was lighter and more resistant to corrosion. From the automotive industry it was stated that “the A8 is the image of the brand”.

Audi and its sports series: the TT Coupé model, launched in 1995. Recognised by the press of the global automotive industry, it reached the category of “the best sports car of the year”.

If you have any of these cars, remember that here at JB Euro Service we can help you keep your car in optimal conditions.