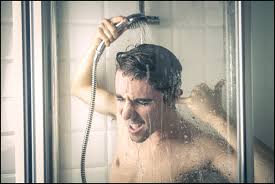 Are the supposed benefits of cold showers strong enough to convince you that every morning you turn the tap to the other side? Many assure that a daily shower of cold water can have health benefits: improves circulation, relieves stress and increases vitality and alertness are some of the advantages that most attribute to this habit.

But it is also said to help treat depression and anxiety, repair muscles after exercise, burn more fat or even boost the immune system. Are there scientific studies that show it? And if so, are those supposed benefits strong enough to convince you to turn the tap on the other side?

From the outset, what is clear is that cold water, in contact with the skin, is a shock to the body: the body reacts by unleashing a massive response to stress, which raises the heart rate, increases blood circulation and release adrenaline.

On the other hand, at a domestic level, a shower of cold water is quite safe and – apart tremors – it has no significant negative adverse effects on health. Unless you are very old or have heart problems, in which case the cold water could make you faint or suffer a heart attack.

Remember that here at Parkwood Green Medical you will find a team of expert professionals willing to help you and ensure you feel well.

Against depression and anxiety?

Although there has not yet been a clinical trial that has used cold shower therapy as part of the treatment for depression and anxiety, some experts believe it can help.

The theory behind this idea is that repeated exposure to cold water makes the body more effective in dealing with the stress response and with all the chemical and hormonal changes that people with depression feel.

Adapting to repeated exposure to cold could help us cope better with the psychological stress that often accompanies anxiety.

They also argue that adapting to this repeated exposure to cold stress can help us deal better with the psychological stress that often accompanies anxiety.

In a 2013 TED talk, triathlete Joel Runyon argues from a personal perspective that taking a cold shower can change the way you deal with fear and how you deal with situations in which you feel uncomfortable.

Another hypothesis argues that given the large number of cold receptors in the skin, a cold shower causes the brain to receive a huge amount of electrical impulses from the peripheral nerve endings, which may have an antidepressant effect.

What is the impact in the immune system?

But a Dutch study on the effect of cold showers on health and work published in 2016 in the journal PLOS One found that a daily shower of cold water resulted in a 29% reduction in participants’ self-assessment of illness during the 90 days after having adopted that habit.

During at least 30 consecutive days the individuals had to shower with cold water at the end of their usual showers with hot water, during periods of 30, 60 or 90 seconds, according to the study subgroup.

The researchers found that the duration of the cold shower did not influence the results, so fortunately 30 seconds is enough.

The most remarkable benefit of the volunteers was an increase in the perceived level of energy, which many compared with the effect of caffeine. In fact, some continued to take a final shower with cold water beyond the minimum period of 30 days for the experiment.

On the other hand, the most reported moderate adverse effect was a persistent cold sensation in the body, hands and feet.

Many athletes are in favour of baths in cold water after exercise. The theory behind this habit says that submerging in cold water reduces pain and accelerates the recovery of small fissures in the muscles that exercise generates.

But the scientific evidence on whether this works or not is ambivalent.

If someone feels that taking a cold shower works for them, there is no reason to stop.

Some studies say it improves recovery but others suggest that it may reduce the ability of muscles to adapt.

On the other hand, a 2014 study published in Physical Therapy in Sport found that there were no significant statistical differences between taking a single brief dip of contrast, brief intermittent dives of hot and cold water or 10-minute cold water baths at 6 or 10 degrees.

Do they really help burn fat?

This is one of the most popular beliefs about cold water showers: that you can convert unhealthy “white” fat into active, metabolically healthy “brown” fat, the kind of fat you burn to shake.

Unfortunately, there is very little evidence that this is true.

Until now scientific research on the benefits of cold shower therapy is still at a very early stage and there is not much conclusive evidence.

But since no significant adverse effects have been reported, apart from feeling cold, nor is it something that causes dependence, if someone feels that they work, there is no reason to stop doing so.

Provides shine to the hair

Washing your hair with cold water causes the cuticles to close, creating a smooth, shiny surface.

Improves the condition of the skin

If you are looking for a cheap method to revitalise your skin, you may want to try some cold water. Hot water tends to dry our skin, so it is much more convenient to use cold water to narrow cuticles and pores, preventing dirt and grease from entering and not clogging.

A good way to improve blood circulation is by taking an ice bath or soaking the area that we want to improve with ice water.  The contrast in temperature that cold water generates with our body causes a greater amount of blood to be demanded in the area, causing the arteries to pump more efficiently the blood in our body.

We have all heard that we should take a cold shower if we want to calm our hormones. However, reports show that cold water can have the opposite effect. Showering with cold water increases the levels of testosterone and estrogen.

If you want to contact an expert and back up your decision to have a less stressful lifestyle, here at Parkwood Green Medical you will find them.