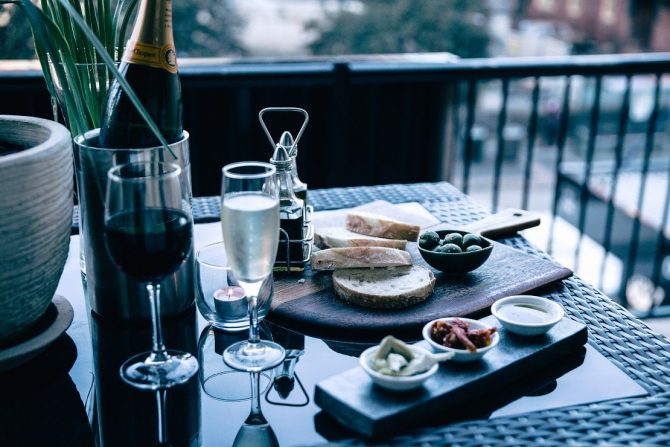 For flavour, for freshness, for popularity, because it fills us with memories of travel and childhood, because almost everyone likes it. Italian cuisine is one of the most popular in the world. Therefore, and because we feel like it, today we bring you 8 essential dishes of Italian cuisine that you should know. In addition, here at Fernando’s Italian, we explain a little about its origins and what each one consists of:

Focaccia is very similar to pizza, but it differs from that in that it is thicker and spongy and does not usually have tomato sauce. In fact, it is usual to serve it with olive oil, salt and some aromatic herbs. Outside the transalpine country it is often used as bread to make sandwiches and sandwiches.

This type of elongated and thin pasta is another culinary symbol of the transalpine country. Its name derives from the word spago (in Italian, cord). It seems that they were already consumed (at least one variant) in the twelfth century. The most common was to serve them with olive oil, cheese and pepper; It would not be until the 18th century when tomato sauce is incorporated.

There are many famous spaghetti recipes; Among them, we highlight the famous spaghetti with meatballs, putanesque (with a spicy touch, with olive oil, garlic, tomato, grapevine and anchovies), carbonara (the original recipe does not have cream) and the spaghetti alle vongole, classics in Neapolitan cuisine, prepared with a sauce of garlic and olive oil, white wine and clams.

It is another Italian delicacy that admits a wide variety of recipes and variants. It seems that its origin is Greco-Roman, although “modern” lasagna did not begin to be prepared as such until the 17th century.

The recipes depend a lot on the taste of the cook and the area of ​​Italy. Perhaps the most famous is the Lasagna Bolognese, with tomato sauce and ragout. Bechamel, sauce made with a roux of wheat flour and milk, is common in lasagna. However, there are endless alternatives. Vegetable lasagna are currently in vogue, replacing pasta sheets (there were) with rolled vegetables such as zucchini or eggplant. Saving calories is important, and makes it a suitable dish for vegans.

There is no consensus when establishing the origins of this stuffed pasta. For some scholars, they come from China (specifically, wonton pasta) and were taken to Italy by Marco Polo. For others, the raviolo is native to the Mediterranean country. Anyway, they are exquisite, and thanks to the massive migration of Italians, they have gained enormous popularity in countries like Argentina, where they are a national dish, such as roast.

The new kitchen also uses the ravioli profusely for its possibilities when using fillings of all kinds. Who has not tried ravioli stuffed with braised bulltail, duck or even sweet options?

This fresh Italian pasta is made with potatoes, although there are many variants in which breadcrumbs, cornmeal or pumpkin can be used and, in Latin American countries, it is not uncommon to use cassava, banana or cassava.

The traditional Italian recipe uses potato, flour, butter and eggs in the form of compact puree. Pieces are cut to which slits are made with the fork. Boil plenty of boiling water; when the gnocchi are ready, they come to the surface of the pot. They are usually eaten with tomato sauce, sage or gorgonzola cheese, although as with pasta, the possibilities

Risotto is a very famous dish in Italy, especially in the northern part of the country (Piedmont, Lombardy and Verona), which is where this cereal is most grown. They are usually complemented with Parmesan, although its creaminess and flavor have made the dish famous worldwide. And with that, the experimentation around this recipe has been total.

Mushrooms, cheeses, spinach and seafood are among the most common raw materials with which they are made. To achieve an optimal result, it is important to use rice that releases a lot of starch, which guarantees classic pasture. The most popular varieties are arborio, carnaroli and maratelli; They are expensive, but it is a worthwhile investment.

The “tuna” veal is a very popular dish of Piedmontese origin. Beef is used that is served with a sauce based on tuna, cream of milk and egg, whose flavour can be made even more intense with anchovies and capers. It is also widely consumed in Argentina, where there is a large community of Italian roots.

This popular dessert is a symbol of Italian pastry, but its origins are recent, approximately in the sixties of the last century. Scholars place their origin in Treviso, a town in the Veneto region. There are those who point out that it was created at the Alle Beccherie restaurant in the municipality. The cook, Roberto “Loly” Linguanotto, was trying to recreate a variant of the zuppa inglese (another dessert known in the country) and other sweets he had seen abroad. His recipe quickly became popular.

Others point to the birth of tiramisu in the same town, but at the Al Camín restaurant. There, in the mid-50s, the cook Speranza Bon allegedly made a “coppa imperiale” made with the typical tiramisu ingredients.

In any case, it is a world-famous recipe thanks to its creaminess and the possibilities of adapting the recipe. The biscuits that make up the main body of the dessert can be of many kinds (soletilla biscuits, the Italian savoiardi, Genoese biscuits …), as well as cheese. The usual thing is to use mascarpone next to the clear whisks about to nine, but a cheese of similar texture works well. Coffee and liquor are used, although there are very unorthodox but exquisite modern variants, such as fruit, chocolate, etc.

Remember that if you want to try excellent Italian food at an authentic Italian restaurant in Australia, you must visit Fernando’s Italian. Contact us today if you want to reserve a table in our place and enjoy some classics of the Italian cuisine.