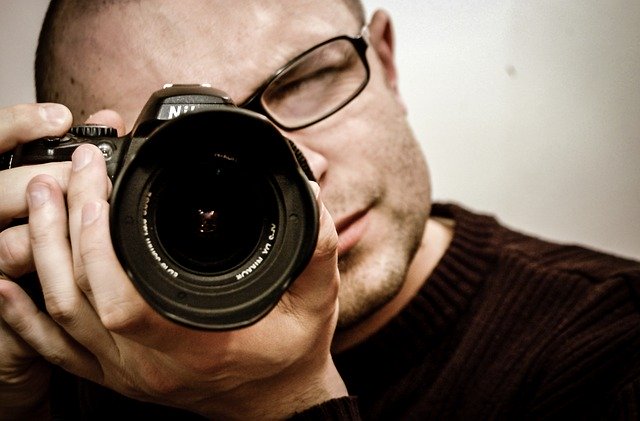 Do you know what the difference is between a good and a bad photograph? Assuming that the colors have come out correctly when printed and the exposure and focus are correct, there are a number of elements that photographers continually talk about when evaluating a photo: they are the “composition rules.” And depending on who we talk to, they will give us some rules or others.

Here at Fuss Photography you will find a team of experts ready to help you and make sure your photos look excellent.

Choosing the center of interest is the first rule of a good composition, since it is the most important. Just decide before shooting the subject you want to take the photo on. And from there, all you have to do is focus (or blur) the item on which you want to focus interest.

This rule may seem quite obvious, but the truth is that many times we fail to apply it. If we want to tell something in a photo, we occupy most of that “something”, making sure that it becomes the center of attention. In addition, in this way we eliminate possible elements that subtract attention.

It is too common a mistake to want to take too many things in a single photo. In the end, what we achieve is that it is not too clear what it is that we wanted to teach in our photography. When in doubt whether something should appear in the photo or not, better remove it.

Lines are an element of vital importance in the visual arts. The lines give us shapes and contours. With the lines we direct the viewer’s gaze from one part of the photo to another.

When you advance in the world of photography you will be able to see how lines are one of the most effective elements when it comes to directing the gaze of those who contemplate our photos to where we want them to look. Horizontal, vertical and diagonal lines are compositional elements that add meaning to images.

A special type of lines are converging lines. They are the parallel lines that, due to the effect of distance, end up converging at the same point.

In short: on the use of lines, a complete composition book could be written. I don’t want to bore you in this article, but if you want to delve into the use of lines in photographic composition, be sure to read this other article in which we cover the subject in more depth.

Direction is similar to flow. it also creates the illusion of movement. If there is something in the photo that appears to be moving, it has a direction in which it is moving.

An example of this is the pedestrian lights of a traffic light. When in red for pedestrians, the figure represents a motionless pedestrian, legs together and arms down. Visually, there’s no sign of being in movement. However, the green pedestrian crossing figure has a direction in which it is moving. Direction in photography can be created in many ways. A figure about to cross a street can transmit movement even if we see it static and its arms and feet do not move, because we can imagine it a second later crossing the street. Similarly, a car that appears cut on the left side of a photograph in which only its front part is visible, we can imagine it a second later on the right side of the photo.

The repetition of some element (some balloons, some birds, …) give a sense of relationship between different parts of an image. For example, a flock of birds may be moving in the air as a group, defining interesting shapes in the sky and adding information about the direction of the photograph.

Sometimes it can contribute psychological factors, such as the sense of union and companionship.

There are many psychological elements linked to colors. For example, blues are considered calm colors, while reds are more temperamental. There is a lot of literature on the psychology of color, so we will simply summarize that color has a determining importance in composition in photography.

Finally, you should also know that in terms of colors, you must also pay attention to the tonal contrast. Contrast is defined as the difference in brightness between the lightest and darkest parts of our photo.

We already wrote an article that explained the rule of thirds in more detail. If we look at works of art in any museum, we can see that if we divide a square into equal 3×3 grids, the four intersections of the grids inside the square mark the points of interest.

Tracing this imaginary grid on most of the works we will realise that fundamental elements of the painting fall on those intersections: windows and doors, eyes, horizon lines, mountain peaks, … It is proven that taking our point of interest to one of those four points we get a much more interesting image.

However, the intersections marked by the rule of thirds are not the only points of interest where to place your center of interest. You also have, for example, the golden ratio.