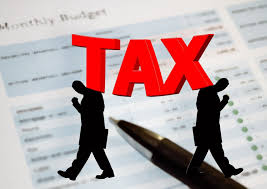 Experts revealed what should be considered to mitigate the tax effects in companies and explained the differences with evasion and avoidance. When starting an enterprise, setting up or restructuring a company, there is no doubt that there are many aspects to consider.

The selection of the company name, the staffing, the technology to be used, the location of the establishment, among other issues, to the tangle of bureaucratic procedures necessary to adequately register the company, are some examples of the complex scenario they face the companies.

However, there is something that goes beyond the size and type of business and to which, practically, no one can escape: the payment of taxes. Gross Income, among others, are felt year after year in the numbers of companies and employers are asking, increasingly, what they can do to get less money into the coffers and reduce the tax burden.

Evasion and avoidance are not the solutions, since going to them can lead to the payment of large sums in fines and, in the worst case, even the possibility of prison sentences.

Remember that if you want to have financial information organised in a way that it is easier for you to make the right decision in the right moment, here at Nudge Accounting you will find that service.

However, there is a totally legal and allowed tool that allows achieving that objective: fiscal planning.

For this purpose, these aspects are essential:

This aspect is key because, for example, in the case of financial leasing, the fees can be deducted from the Income Tax for the entire term of the contract. That is, the accelerated deduction of the fees paid is allowed, regardless of the fiscal life of the asset.

What is the structure of the contracts: bilateral, between absentees, unilateral conformity, and so on. This point is also important given that each contract brings obligations of the parties and, consequently, responsibilities for breaches and this does not escape the tax matter.

The method used will affect the value of the inventory, which is key for calculating taxes such as Minimum Presumed Income, in order to reduce the tax burden in a fiscal year.

What is the temporary location of operations, throughout the year, regarding the birth of taxable events (that is, the criteria called accrued and received).

This is vital in the case of earnings, since it will define the moment in which the transactions will be taxed by the company. How is the definition of business cycles for tax purposes: this means the year-end dates and seasonality? Some sectors, such as the farmer, have fattening periods in which they only generate expenses. In these cases, it is important to evaluate the allocation of said expenses to each fiscal year in order to distribute the tax burden.

The specialists consulted by this means, also revealed that there are certain aspects that companies and tax analysts should consider when carrying out the objective of reducing the tax burden, year after year.

In this regard, 10 keys that deserve special attention stood out:

In today’s world, companies can decide to distribute such functions and risks of the commercial chain between different countries, according to the convenience in terms of manufacturing, marketing and logistics,” they remarked.

An adequate planning of the location of the chain can have an impact on fiscal matters. That is why they recommended “studying the tax consequences at the time of the assembly or modification thereof.”

It is important to give an efficient legal framework, which allows favouring it with the exemptions and tax benefits that it may have. This also serves to avoid double or multiple impositions, product of different criteria of attribution of taxes in the different national jurisdictions, as well as to get rid of bulky balances in favour, generated by the indiscriminate and simultaneous application of collection regimes.

Defer the payment of Income Tax buying bonds and selling them to financial institutions generating profits in the first year (which apply against tax losses to be prescribed) and losses in the second or successive years.

Another example is provided in the regulation of this tax, which provides that the profits that are charged in more than one fiscal period, will be charged not in the year of the sale of the good (for example: bonds or shares) but as that the price is charged.

Companies usually have legal entities from which they can finance the operations of subsidiaries in other countries. The financing can be, in general, structured through contributions of capital or debt, each with its defined fiscal consequences. The adequate selection of investing is to take into account the fiscal impact -both in that country as well as in that of the recipient-, and an adequate balance between capital and debt are factors that must be taken into account when making these transactions.

Additionally, the implementation of each of the alternatives must be carefully studied in order not to distort the tax treatment analysed for each one.

If you need to have more control of your bookkeeping and finances, here at Nudge Accounting you will find a professional team to help you lower expenses in possible mistakes your current finance plan may have. that are your competitors.