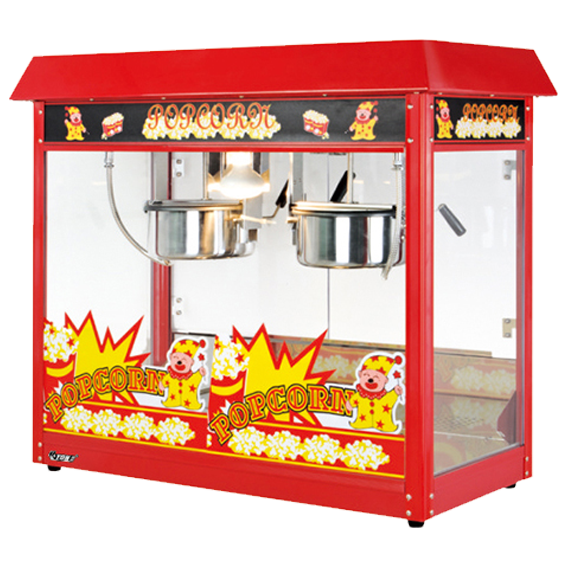 According to studies conducted by scientists in the United States, eating a handful of popcorn has excellent health benefits and properties, since they provide more antioxidants than a serving of fruits or vegetables.

If you want to complement your party and not only get popcorn makers in Australia for hire, you can contact us, we have a full range of different options that you can add to your party setting and make sure everyone spends a wonderful time. Here at Snow Flow you can find popcorn machines in Australia, fairy floss machines and chocolate fountains for your pool party!

The proportions of the popcorn nutrients may vary according to the type and amount of the snack, as well as other factors that may intervene in the modification of their nutrients. Remember that depending on the preparation of the popcorn, its properties and nutritional characteristics may vary. Here are 10 benefits of this delicious snack.

Popcorn is recommended to be eaten them with little salt, daily and especially for the snacks, they should cook with little oil and use natural corn, instead of those that are for microwaves, since most contain a lot of fat.

They can also reduce cholesterol levels. Popcorn contains the type of fibre that helps remove excess cholesterol. That is why it reduces total cholesterol levels and decreases the chances of cardiovascular diseases such as arteriosclerosis, as well as heart attacks and strokes.

This in turn reduces the pressure on the cardiac system. Therefore, the heart does not have to work so hard to move the blood through clogged vessels and arteries.

Solve the mystery of why popcorn pops

If you ever made homemade popcorn (kids, popcorn, rosettes or popcorn, depending on where you live), you will know that after a few seconds in the heat of the fire, or in the microwave oven, the corn kernels explode producing a characteristic sound that let us know that the snack is ready.

Now, a team of French researchers discovered why they jump as they do and why, in doing so, they produce that particular sound.

As reported in the study published in the journal Royal Society Interface, when the temperature reaches 180 ° C the outer layer opens, regardless of the size and shape of the grain.

The whole process occurs in hundredths of a second.

To understand the details of the transformation, the physicists Emmanuel Virot, of the École Polytechnique, near Paris, and Alexandre Ponomarenko, of the University of Grenoble, recorded the cooking of corn in a microwave with a high-speed camera, at 2,900 tables per second.

For five minutes, the researchers were raising the oven temperature to 10ºC. At 170ºC, only 34% of the grains exploded. When the temperature reached 180º, 96% exploded.

When the temperature exceeded 100 ° C, the moisture contained in the grain began to transform into steam, but when it reached 180 ° C, the pressure inside the grain rose to about ten times the atmospheric pressure at sea level.

Unable to withstand stress, the outer layer opened and the starch interior expanded, forcing its way through the broken layer.

Why does popcorn make that sound when they pop?

Then, the scientists focused on the form of the outbreak. The popcorn grains contain 14% water that evaporates at 100ºC.

The first thing that emerges through the rupture, as revealed by the images, is a structure with the shape of an extremity that they called “pata”. The accumulated energy is released through the “leg” of starch, which forces against the hot plate and pushes the grain a few millimetres or centimetres into the air.

The popcorn has a particular way of popping, say the researchers, they are halfway between plants that explode to disperse their seeds, and muscle animals like humans.

Finally, they devoted themselves to studying the sound produced by the explosion. They discovered that it was not related to the jump, because it happens very early.

Instead, they concluded, it is most likely caused by the rapid and sudden release of steam accumulated in the grain. In addition, once the grain bursts, the cavities that form act as acoustic chambers.

Remember that here at Snow Flow you will find top quality popcorn machines for hire at a very competitive price and they will surely surpass your expectations. Our popcorn cart for hire is only one of many different options we have available for you that you can use as practical additions to your party planning process. Find second to none popcorn machines in Australia for hire and make sure you are planning the most emblematic party your friends will remember.